This article first appeared in the Cult of Mac Newsstand magazine

Wi-Fi lightbulbs are either the greatest thing ever, or final proof that our society is about to collapse form absurd decadence into fully-deserved chaos and misery. But as long as we’re buying into the convenience of the modern-day Clapper, why not make it even more useful by adding Bluetooth?

That’s the idea of the Lumen, which can be controlled by your iPhone from even where there’s no Wi-Fi network. It changes color, turns on and off and — if the accompanying video is anything to go by — it can help you get laid. All this, and the incorporation of “automatic manners” too. Who wouldn’t want one? 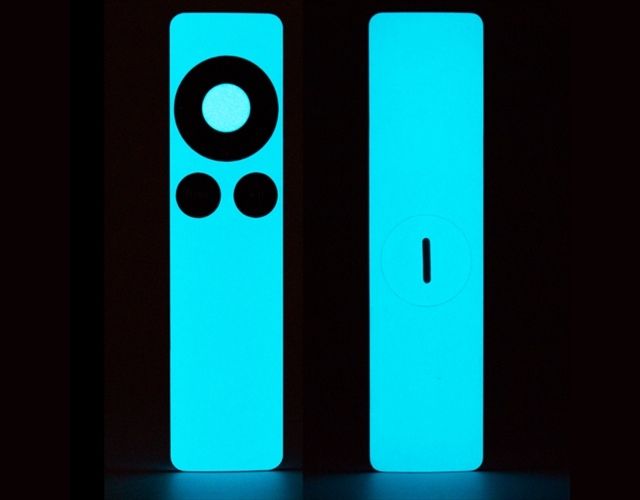 Lost your Apple remote just as you were about to fire up “India Jones: on the Apple TV for a festive post-lunch screening? Then you need this little glow-in-the-dark cover, a photoluminescent skin that lets you find your remote no matter how dark the room.

It comes in five Tron-tastic colors, and can be re-applied over and over.

Are you, or is somebody in your life a faux sprinter? Do you or your “friend” dress in running shorts and spikes and crouch into a pair of imaginary starting blocks every time you (or “they”) stop to cross the road or wait in line at the store?

Then you need to buy yourself (sorry, “them”) a Stir Kinetic Desk which is, as you can see in the photo above, the perfect place to pose as if on the start line of an Olympic 100 meter race.

Oh, it also raises and lowers at the touch of a capacitive screen, right down to 63.5cm (25 inches), which means you can buy three and turn them into the world’s most expensive winners podium. 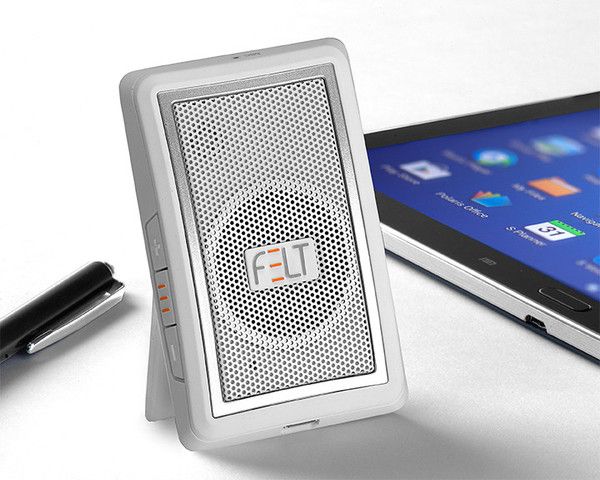 The Felt Audio Pulse speaker has many things to recommend it. It’s tiny, it’s light enough to hang from clothes and it lasts for eight hours on a charge. But none of that really matters, because just one glance at it will tell you all you need to know: It looks just like a communicator from the original “Star Trek.”

Specs-wise, puts out blahblahblah I know you’re not listening so why bother writing anything but STAR TREK BUY IT. 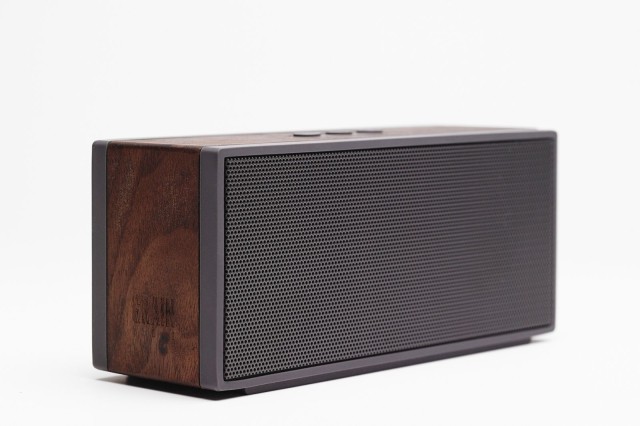 The USP of the PWS is that it’s not made of PVC, or PET, or any other plastic TLA. Instead, it’s fashioned from FSC-certified walnut, meaning you can give some TLC to your EAR (ear) with a warmer, woodier sound.

It’s not all low tech though: the PWS uses Apt-X and AAC for the Bluetooth connection, making it the perfect antidote to your Fussy Uncle’s Cable Kvetching. 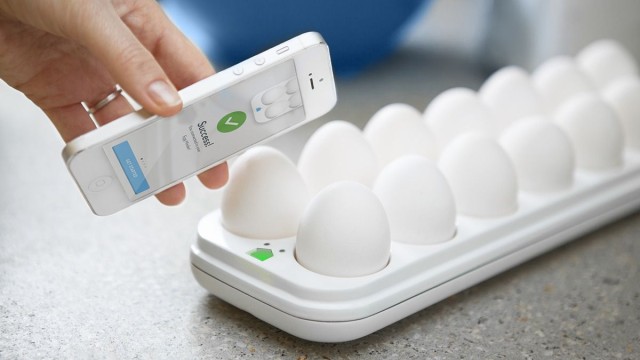 I’m including this gift as it’s both absurd, and also amazing for the fact that it represents the very pinnacle of humankind’s dedication to laziness. You could buy this for your mother, which would be both patronizing and a waste of money, or you could buy it for… Who exactly. Or should I say eggzactly?

The Egg Minder is an iPhone-connected egg tray, and it does two things: remember how long an egg has been sat in its slot, and tell you which eggs are oldest by lighting up an LED next them, and send you a push notification if your supply is running low.

Number of comments on this postLeave a comment
Posted in: Top stories