This article first appeared in the Cult of Mac Newsstand magazine

The Lightning connector has made the iPhone and iPad dock a pretty tricky thing to get right: the plug is so happy and snug in its little Lightning hole that it just won’t come out without a good tug, and this means that the dock usually comes with the iPhone when you lift it up.

The Alubolt doesn’t help with this, but it does at least come with its own Lightning cable, so you won’t have to pony up another $20 just to use it — which is kind of a downer on Christmas day. 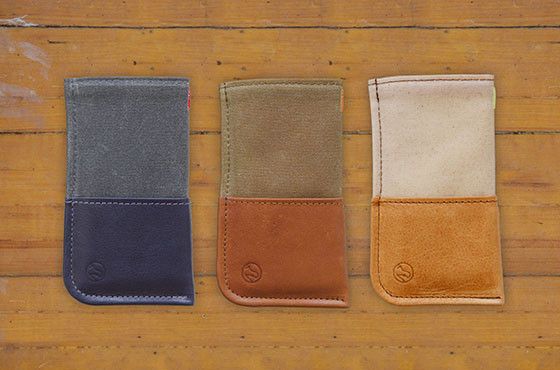 Not everyone wants a fancy slimline case. Some people are so clumsy and accident-prone that only a full cover will do, which is where the Dodocase Durable Wallet comes in. It’s a waxed canvas and leather sleeve which will ward off spills and bumps, which keeping the iPhone safe inside. There’s even a little pocket on the outside for a credit card or two, but if you’re giving this to a real doofus, then you might consider putting their home address and some change for the bus fare in there instead. 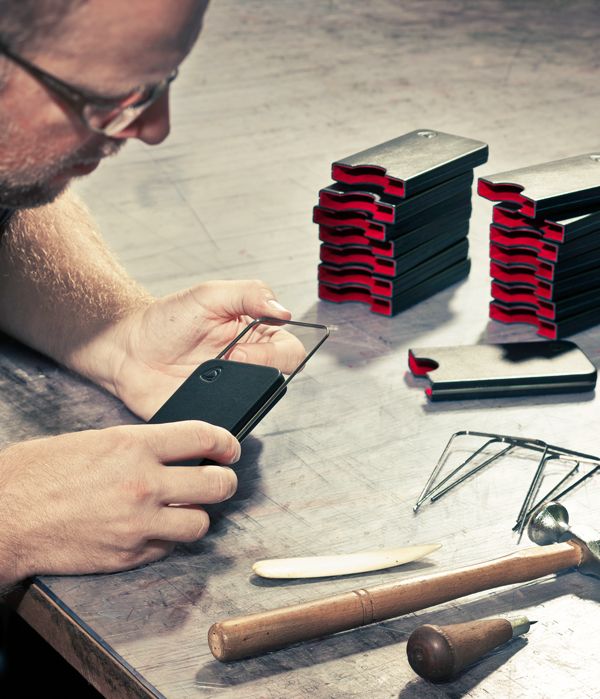 To justify its €149 (about USD$200) price tag, the Calypso Ring adds a little something extra to the leather, microfiber and titanium that make up the iPhone case: absurd word-association. Take a look at some of the product “descriptions.”

The Footsteps In Rome Case (brown)

Sense its strong feelings and the fine aromas that will guide you back. You’re standing in Rome. Shhh. Slowly. Quietly descend and disconnect. Take a good look at the Footsteps in Rome. Overcome with happiness. Float through the streets.

A real eye catcher. A head turner. The superstar in your wardrobe. Put it on. No one can miss it. Everyone envies its magical charm.

Bracketron’s NanoKek’s iPhone dock is about as simple as it gets. To the naked eye anyway: what looks like a mere bend of aluminum with an iPhone suspended from it is in fact a nano-engineering marvel. The iPhone (or probably even the iPad mini if you’re not too paranoid) is held in place by a soft pad that’s made of thousands of microscopic suctions cups, like the endless gaping mouths of some kind of shrunken Cthuloid horror.

The dock is also connection-agnostic, which means BYOCC, which means bring your own charging cable, which means it’ll work with anything from an iPhone 5S to a Kindle. 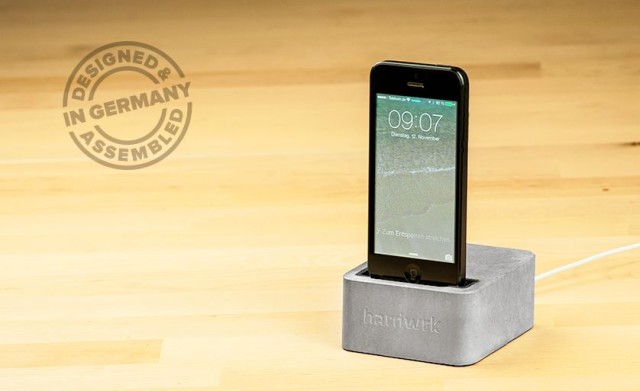 Has somebody crossed you this year? Maybe your former best friend and lifelong business partner squealed to the filthy feds? Or slept with your wife? Or — worst of all — he won’t turn off the stupid fake keyboard clicks when he types on his iPhone. What this idiot needs is a lesson. A warning. A reminder that you’re the boss around here, and that he will end up wrapped in a concrete at the bottom of a motorway bridge if he doesn’t fix his keyboard-clicking ways.

And what could be more subtle a warning than to encase his iPhone in concrete? Nothing, which is why you should buy him or her a Massive Dock, the ultimate in iPhone mob-punishment-metaphor docks. It weighs in at a kitten-drowning 570 grams (about a pound) and has a nano coating on the base for a big gravity assist.

Radder than rad, this iRecorder is the best or the worst gift around, depending on the giftee. If you’re buying for a cellphone-toting teen, you’ll get blank stares, questions about why you bought them a plastic baby toy, and condescending disbelief when you explain that you have to actually push the buttons until they click.

But buy it for the 40-something reformed nerd in your life and he/she’ll totally love you for it. They’ll enjoy slotting their iPhone into the top panel as if it were a cassette, and they’ll only wince slightly as they try to push the buttons with their early-onset arthritic fingers. And they’ll thanks the dual gods of the environment and the bank balance as they realize it doesn’t need like 20 D-cell batteries to power it for the next five minutes. 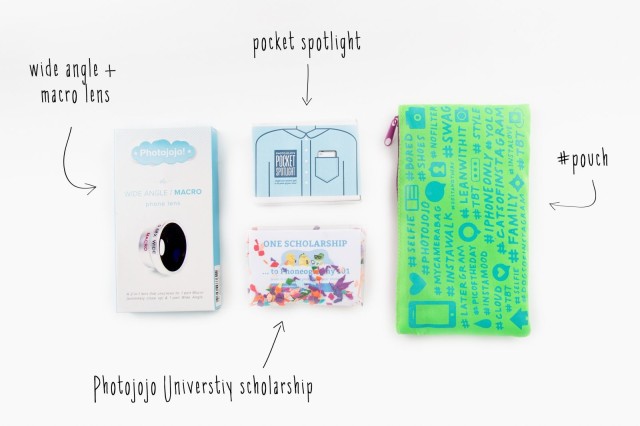 Every day, our Dear Leader Leander Kahney (the name itself is an anagram of “Korean Leader”) eats a three-course lunch from the comfort of his regular table at Luigi’s Lobster Inn San Francisco. Between napkin wipes, he taps at the screen of his iPad Air with a now-empty crustacean claw and harasses us in the Cult of Mac Hipchat chatroom.

And just yesterday, when he was being read the master list of this very gift guide, he declared the iPhoneography Starter Kit to be “cool.” And he was right.

The kit contains a macro and a wide angle lens for the iPhone, plus a pocket-sized LED “flash” and a subscription to Phoneography 101, a four-week course of “Bite sized lessons (which) show up in your inbox complete with fun challenges to get you shooting.”

If you have a friend who is kinda into taking pictures with their iPhone, and wants to get better, you couldn’t do better than this. 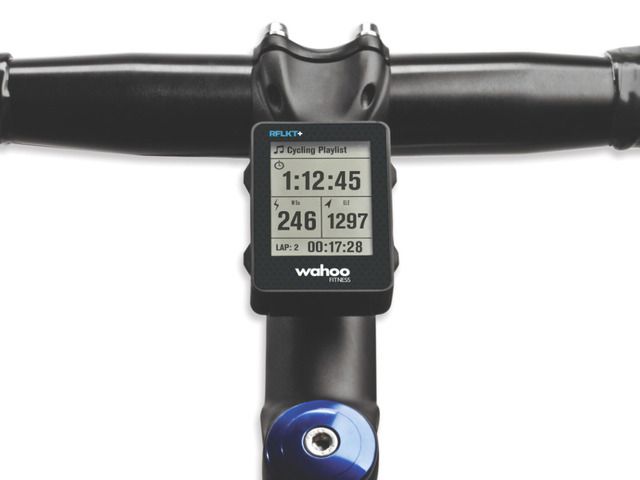 “Wahoo!” is the cry uttered by Mario as he takes a running leap into the unknown (Mario either has a very short memory or a huge appetite for destruction). It’s also the name of the brand behind the RFLKT+, and improved version of the Bluetooth HUD for cyclists which puts an always-on LCD readout up on your handlebars, and fed by your iPhone.

The RFLKT can be used with many fitness apps, showing a customized readout and even sending feedback via buttons. The + in the RFLKT+ denotes Bluetooth 4 (for better battery life) and ANT+ connectivity so the unit can hook up direct to any ANT+-compatible gadgets you might already own, like heart-rate monitors and cadence meters.

And trust me: bikers are a nerdy lot, so if your target giftee has a bike and an iPhone, they’ll love this. 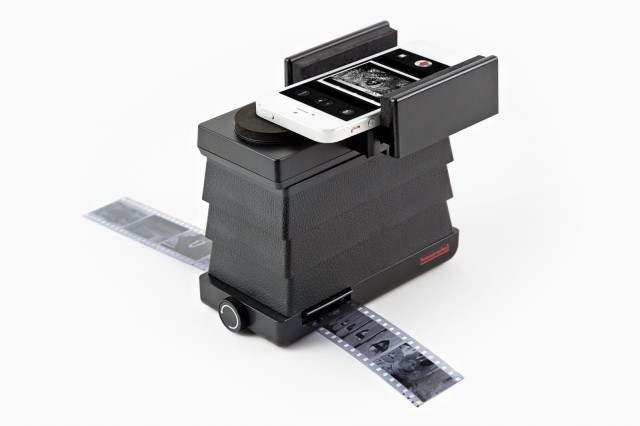 I could go on. In fact, I will. You can’t see what settings you used when you try to piece together the shot weeks or months later. You can;t see your photos on a map. And if you take a picture of your Kale salad, you can’t upload it to Instagram.

The iPhone Film Scanner won’t fix any of that except the last one, and even then you’ll have to mark the picture as a #latergram as you still need to get the film developed. But you can scan negatives right to your camera roll and turn the negatives into positives using the companion Lomo app.