I’m usually turned off a game by overbearing mustache adoration, but Puffington appreciates much more than the very impressive mustache supported by the dapper protagonist. You play as Puffington, a sea gentleman who is dismayed when ruffians kidnap the lovely lady worm he’s set his eyes on. Like any love-stricken fish, Puffington sets out to rescue her by collecting coins and gizmos scattered through increasingly tricky levels.

Puffington is a platformer, and plays like the underwater levels in the Super Mario Bros. games. Tapping the screen makes Puffington inflate, which will make him rise up a bit. Tapping repeatedly will give you a burst of speed which is handy when you’re trying to outrun the edge of the perpetually scrolling level. 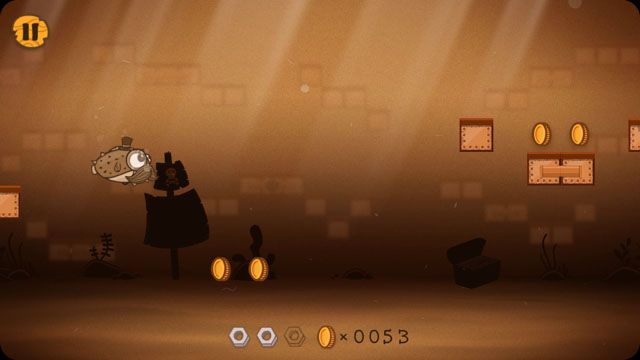 It takes a bit of time to master how much puffing you need to navigate the blocks and spikes in front of you, but after a few levels you’ll stop bonking the poor fish on the edges of blocks. Hitting blocks will slow Puffington down, which increases the chances of the screen catching up to you. 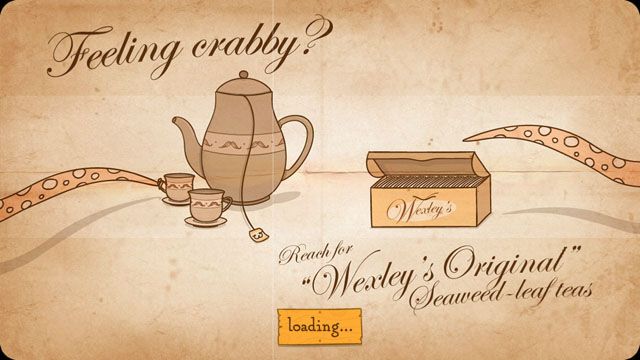 I appreciate the old-timey trappings of Puffington. The screen looks like a flickering old film reel, and the jaunty music sounds like its being played through a gramophone. Additionally, the music reminds me of The Real Tuesday Weld, a band that samples old jazz recordings and plays them over a modern beat. Also, between levels, you’ll also get advertisements for various sea gentlemanly goods, like Wexley’s Original Seaweed-leaf Tea. Sure, it’s silly, but all of these elements give Puffington more character than a lot of side-scrolling platformers on iOS.

Plus, you don’t have to worry about micro-transactions. Every item Puffington needs to continue is quest is available via the in-game store and can buy them with the coins you collect in each level. You might have to go back and grind for more money, but you’ll never have to put your own money into the game.

But I kind of want to, just to support Hojo Studio in making more adorable games with Puffington in them. 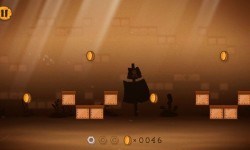 Game Name: : Puffington
The Good: The nostalgia-driven design and jaunty music separates Puffington from the sea of side-scrolling platformers on iOS.
The Bad: Figuring out the timing to Puffington’s swimming can make navigating a chore at first.
The Verdict Put on some headphones and prepare to dance as you go on a jaunty rescue!
Buy from: App Store)