While Android hardware manufacturers were busy trying to pack as many cores as they could into their smartphone and tablet processors, Apple took a different route and decided to go 64-bit instead. It’s a move that makes the iPhone 5s and the latest iPads some of the fastest mobile devices on the market, and so it’s no surprise that its rivals are getting ready to follow suit.

Intel has promised that you’ll be able to buy Android-powered tablets with 64-bit “Bay Trail” processors next year. 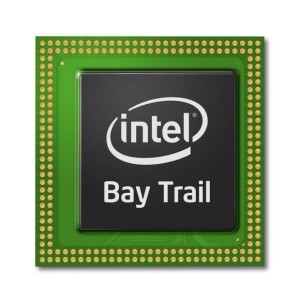 The company is currently developing a 64-bit version of the Android 4.4 KitKat OS that will work with Bay Trail chips, CEO Brian Krzanich revealed during an investor meeting in Santa Clara, California. The first 64-bit Android tablets will be available after 64-bit Windows 8.1 tablets are released during the first quarter of next year.

And don’t worry about having to pay a big premium for them, either. Krzanich said that the devices could be available for as little as $150.

Apple’s latest iOS devices are the world’s first smartphones and tablets powered by 64-bit A7 processors, and they’re significantly faster than their predecessors. They still only have two processing cores, but the new “desktop-class” architecture of the A7 has led to substantial improvements in graphics and processing power.

The new iPad Air, for instance, delivers up to two times faster CPU and graphics performance than the fourth-generation iPad, Apple says. And according to benchmark tests carried out by Daring Fireball’s John Gruber, both the iPad Air and the iPhone 5s are faster than a 2010 MacBook Air.

That’s quite incredible when you think about it. Bring on Bay Trail.