The third-generation iPad mini and second-generation iPad Air will have Touch ID, there’s no doubt. Just like Siri — a feature that debuted in an ‘S’ year for the iPhone — took a year to creep to the iPad, TouchID will have a year’s exclusivity before it comes to Apple’s line-up of tablets.

Don’t hold your breath, though. We’re almost a year away from Touch ID coming to the iPad mini. So you should take this picture of a ‘leaked’ iPad mini 3 with Touch ID with super pessimism. 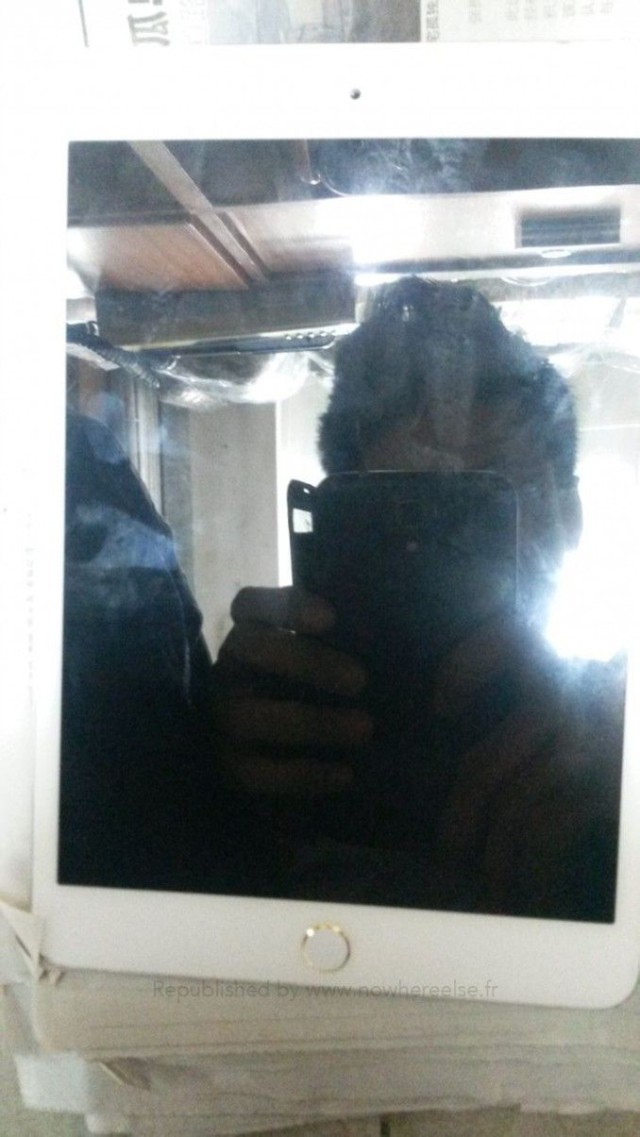 The above image was attained by Steve over at Nowherelse.fr from a tipster. Steve has a fairly decent record with leaks, but he admits he doesn’t know this source, so he’s skeptical.

As he should be. I would be very surprised to learn that there were functional third-generation iPad mini prototypes with Touch ID just rattling around Asia, which is what is being claimed here. Far more likely to me is that this is a standard iPad mini with a Touch ID button glued in. But theorize and specualet at your own discretion, dear reader!