The Inner Balance system pairs a $99 dongle/earclip sensor with an accompanying app with the goal of training its users to de-stress themselves (probably an over-simplification, but that’s the gist of it) through gamified breathing exercises.

To further this goal, HeartMath, the company behind the Inner Balance kit, has just launched a cloud-based service called HeartCloud to further gamify the Inner Balance sessions with the introduction of social aspects. HeartMath has also announced that new Lightning dongles for the earclip sensor will be available at the end of this month.

The idea behind Inner Balance is pretty basic. You breathe, the app paces you, and the ear sensor measures your heart rate variability. The app then tells you whether you’re in high, medium or low “coherence”; lower is bad, higher is good.

Relaxation may seem like an unlikely candidate for gamification (it did to me, anyway); scoring points and awards doesn’t exactly sound like it fits with the idea of trying to calm down. But it did seem to calm me down when I tried it out, and the addition of awards and social interaction will probably appeal to may users.

Another change is that Inner Balance users will now be able to see their sessions in bright, vivid detail on a Mac’s screen through the cloud, as opposed to the limited information presented on the iPhone’s screen. Finally, HeartCloud users get the ability to easily share data with others — which may even lead to integration with other cloud-based health systems (we hope). 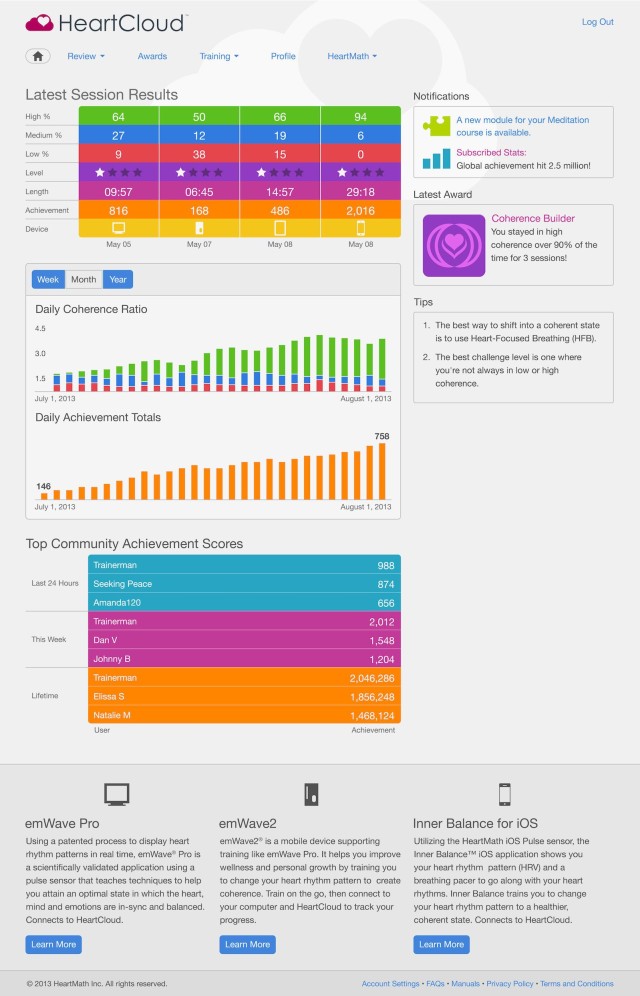