LAS VEGAS — It was too early for most hungover CES attendees, but the brilliant computer scientist and former Apple Fellow Alan Kay explained the basis of all knowledge at a 9AM keynote speech here.

All human knowledge can be explained by the simple logical expression NOT BOTH, Kay said.

“It’s a logical expression that explains all thinking,” he said in the middle of his speech, which was about the failures of computers in modern education.

“I’m not going to get into that now,” he said. “it’s beyond the scope of this talk.”

Kay is famous for the Dynabook concept — the “DYNAmic BOOK” idea underlyimg laptops and tablets. He was a researcher at Xerox PARC in the seventies on technologies that Apple later commercialized in the Lisa and Mac. Among many honors, Kay has won the Turing Award for work on object-oriented programming. During the mid-1980s he was an Apple Fellow at Apple’s Advanced Technology Group.

His talk was a scathing indictment of the education system, which has squandered 30 years of technology in classrooms. He likened the modern factory educatory system to a monkey looking at its reflection in a microscope — the monkey utterly misses the point.

Computers have become tools of distraction, Kay said, instead of education. He singled out Guitar Hero as the best example of this — players get the fantasy of virtuoso guitar playing without learning a single note.

“When I look at computers in schools, this is what I see. It’s all Guitar Hero.” 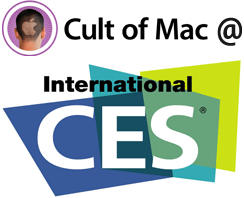