Wow. Nikon has finally announced its Df DSLR after a long teaser campaign, and it looks like a winner. It’s a full-frame DSLR with a bunch of retro-style knobs and dials all over its body.

This is the SLR I would buy, if I was still in the market for such things. It has a more-than-big-enough 16MP sensor, the brains of the Nikon D4, the auto-focus of the D610 and pretty much the best SLR styling since digital. 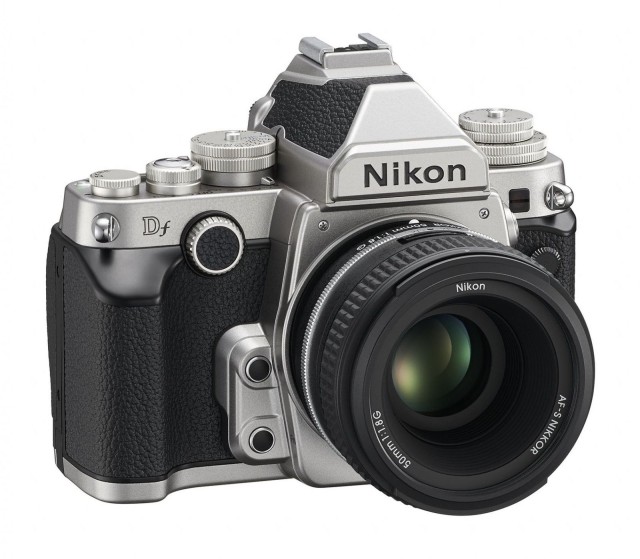 Tech-wise, the spec list is as impressive as you’d expect, with one exception: it has no video. This seems an odd thing to leave out, as the chips inside can handle it just fine. Not that I care: If I shoot video I use my iPhone, as God intended.

The most interesting part is the design. IT opts for the dial-driven interface of classic mechanical film cameras,. Only with a whole lot more control, with dials for ISO, exposure compensation, release mode and exposure mode. Even my retro-tastic Fujifilm X100S doesn’t have as many manual controls as that.

The design isn’t all about looks though (although this camera looks like the old Nikon FM): the dials mean that you can operate all the essential functions without moving the camera from your eye. Everything can be done by feel alone.

The other nice feature is that the body can be used with pretty much any Nikon F-mount lens (“including pre-Ai standard”). Canon changed it’s mount in the 1980s so it could never manage such a trick today.

Like I said, this is the camera I’d buy if I still wanted a big DSLR. As it is I’m fully switched over to Micro Four Thirds and the amazing X100S. And you could pick up all my cameras and lenses for less than the $2,749 asking price of the Df body.