In more welcome airport-related news than the reports that Apple’s Maps app steers people the wrong way across Fairbanks Airport taxiway, Apple has released an update (version 1.3.3) of its AirPort Utility — the app which allows you to manage your Wi-Fi base stations, including AirPort Express, AirPort Extreme, and AirPort Time Capsule, from the comfort of your iOS device.

Cult of Mac previously reported on the AirPort Utility update which took place on the same day as the same day as the official launch of iOS 7: offering a new icon and UI based on the visual design of the new operating system. This time the AirPort Utility app has been updated with 64-bit support, which optimizes it to work with the A7 processor used in the new iPhone 5s, iPad Air, and yet-to-be-released iPad Mini 2. 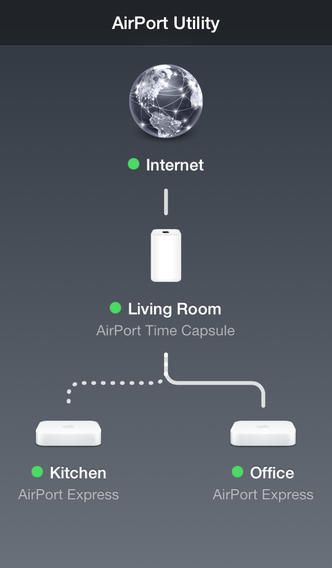 The new version is freely available at the App Store, compatible with iPhone, iPod Touch, and iPads running iOS 6.0 or later. Apple also released the latest version of Remote, now featuring an iOS 7-inspired design and support for iTunes 11.1.