The iPad Air is the world’s first tablet with 64-bit “desktop-class” architecture, and it’s so fast you’ll wonder whether you’ll ever really be able to push it to its limits. The fourth-generation iPad with its A6X chip was already pretty speedy, but the iPad Air is almost twice as fast, and you’ll notice it. 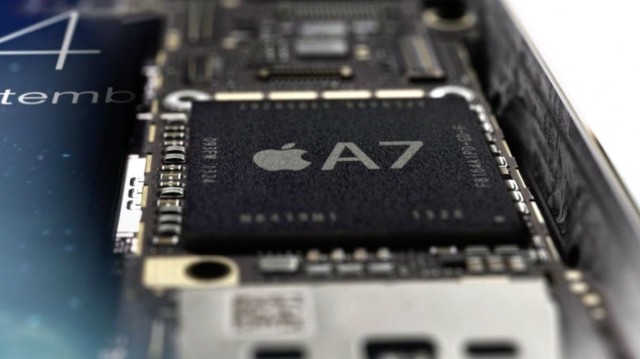 Especially when you’re running apps already optimized for the 64-bit chip, such as those from Apple’s iLife and iWork suites, and those built into iOS. When you’re inside the Camera app, for example, you can snap HDR photos and record video in 1080p, and at no point will you experience any stutter or lag — it’s just instantaneous.

64-bit games are hard to come by right now, but I can’t wait to see what game developers can do with the A7 processor. The iPad already offered an impressive gaming experience, and it’s only going to get better. Flagship titles will bring iOS games ever closer to true console-quality, and with proper support for gamepads built into iOS 7, it’s an incredibly exciting time for mobile gamers.

In Geekbench 3 tests, the iPad Air blows everything out of the water, achieving a multi-core score of around 2,643. To put that in perspective, the fourth-generation iPad achieves just 1,408, while the third-generation iPad achieves 497. So, in comparison with its predecessors, the iPad Air is way out in front. But what about competition from Android?

Well, according to Geekbench 3, the fastest Android-powered tablet you can buy right now is the new Google Nexus 7, which is powered by a quad-core Qualcomm Snapdragon S4 Pro processor — and that achieves a multi-core benchmark score of 1,831.

When it comes to Wi-Fi performance, the iPad Air has been pretty impressive for me so far, maintaining full signal all around my home — even in places where my iPhone gets just one bar. In a simple speed test from the same room, connected to the same server, the iPad Air was able to get speeds of 24.09Mbps down and 8.60Mbps up, while my iPad mini got 22.20Mbps down and 7.91Mbps up.

This isn’t the most accurate speed test, of course, but I ran a whole bunch of them and the iPad Air was slightly faster every time.