LAS VEGAS — Ed Curran is a reporter for WBBM-TV in Chicago, and he’s shooting CES using an iPhone.

Curran has outfitted his iPhone with an Owle bube, a fancy iPhone holder designed to enhance video shooting with Apple’s cell phone. Standing for “Optical Widgets for Life Enhancement,” the Owle helps Curran hold his iPhone steady for shooting video. The Owle also features a wide-angle lens on front and several equipment mounts on top and bottom.

The Owle’s built-in lens vastly improves the iPhone’s lens, Curran said, while the mounts allow him to attach several pieces of professional equipment, including a LED video light and a wireless microphone.

“I would not hesitate to put this stuff on the TV,” he said about the video he’s obtained at the show.

Curran will be posting his CES videos on his Tech Blog starting on Wednesday. 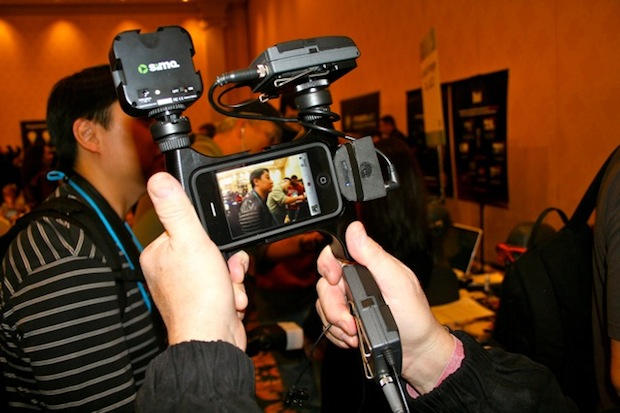