Tapbots has released its highly-anticipated iOS 7 redesign of Tweetbot, a popular third-party Twitter client. Version 3.0 is a radical departure from the iOS 6 app, and it’s available now in the App Store for iPhone.

Tweetbot is a full-featured Twitter client that’s fast, beautiful, and redesigned from the ground up for iOS7. Tweetbot has slimmed down to look and feel more like iOS7 and has also gained a lot of charm and speed in the process. Prepare to fall in love with your favorite Twitter client all over again.

◆ Completely redesigned from the ground up for iOS7.
◆ Native Push Notifications.
◆ Mute filters lets you block messages from users without unfollowing them. Mute services, hashtags, people, and even keywords (regex included).
◆ Sync timeline position, direct message read statuses and mute filters between iPhone, iPad, and the Mac via iCloud or Tweetmarker.
◆ Customizable Navigation. The last 2 tabs are customizable and unused tabs are easily accessible.
◆ Support for multiple services like Pocket, Instapaper, Readability, CloudApp, Droplr, and more.
◆ Save drafts, add locations and POI’s, attach photos/videos, manage your lists, and much more.

Many of the features Tweetbot users have come to love are still there in version 3.0, but Tapbots has given the app a drastic redesign to match the feel of iOS 7. The app’s traditional dark timeline has been made white, and the animations are completely redone. Tapbots has added several iOS 7-only features, like background refreshing.

Tapbots has chosen to make Tweetbot 3 for iPhone an entirely new app, so both new and existing users will need to pay the introductory price of $2.99 to download (normal price will be $4.99). No word on when the iPad app will be receiving a similar redesign. 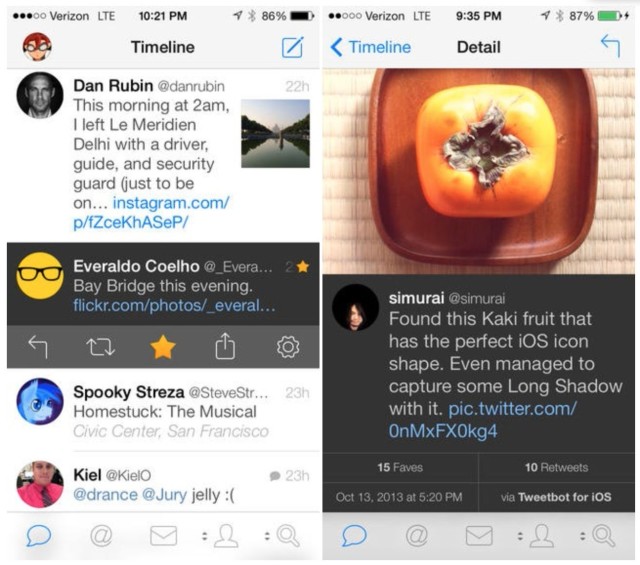 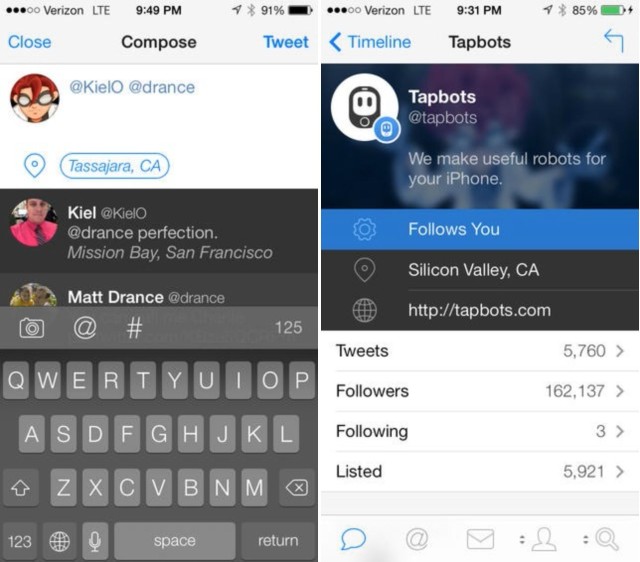