Just before Christmas, we asked you: What were your favorite desktop apps of 2009?

Based on the responses we got, two apps got fractionally more mentions than most: Google Chrome, and OmmWriter. Neither of which were apps I expected to see topping many end-of-year lists. 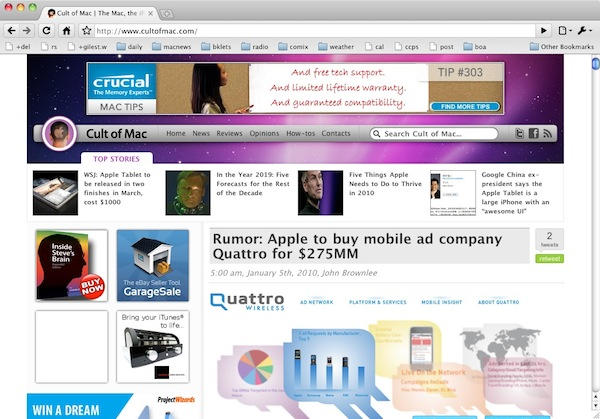 Chrome appeared as an official Mac beta just at the beginning of December, and with a bunch of features missing: no extentions, no bookmark manager.

But lots of people love it anyway. It’s fast as hell, the separate processes for each tab is great, the history manager rocks, and it’s been doing very nicely thank you. 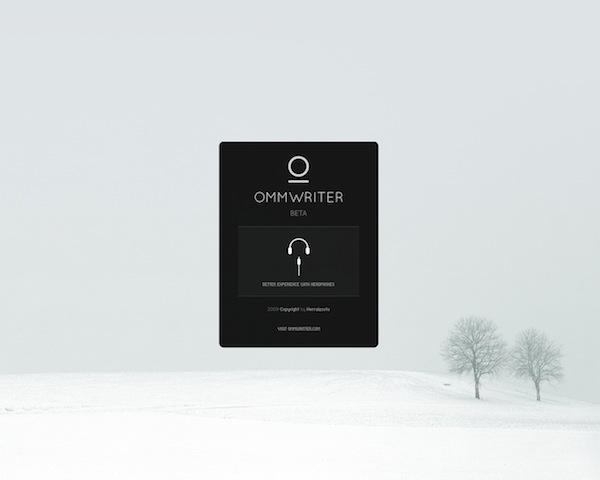 And OmmWriter? Wow, that was an app that really caught people’s imagination. When I first wrote about it at the end of November, I was somewhat bemused. I couldn’t see the appeal. But a lot of people could. OmmWriter has an enthusiastic following on Twitter and recently released an update with new features like word count and auto save. It’s clear that this is an app on the up, and development is ongoing in earnest. Keep your eyes on it.

One final brief thing to note is that Twitter clients also featured well in our list, with Tweetie, Tweetdeck, and Socialite all getting mentions. It’s a sign of Twitter’s growing dominance that desktop Twitter apps are cropping up on people’s lists of favorites.