Apple isn’t the only consumer electronics giant hosting a major press event tomorrow. Nokia is also gearing up to make a number of big announcements at Nokia World in Abu Dhabi, and they won’t all be new Lumia smartphones.

The Finnish firm is also expected to unveil a Windows-powered iPad competitor with a 10.1-inch 1080p display — pictured above and below — and a new music player called the “Nokia Guru” that hopes to take on the iPod shuffle.

We’ve been waiting to see a Windows-powered tablet from Nokia ever since it got into bed with Microsoft, and it looks like the device will finally make its debut tomorrow. Called the Lumia 2520, the device will reportedly be powered by the new Windows 8.1 operating system that was released last week, with some impressive specifications under the hood. 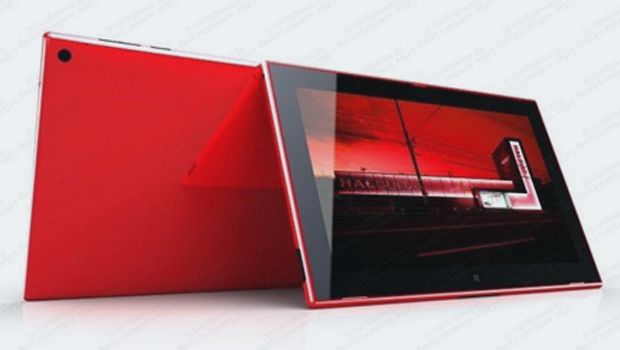 They include a 10.1-inch 1080p display, a quad-core Snapdragon 800 processor, 2GB of RAM, 32GB of internal storage, and LTE connectivity. The Lumia 2520 is also expected to feature a 6.7-megapixel rear-facing camera, and a 2-megapixel front-facing camera.

Like the rest of Nokia’s Lumia family, its tablet will be bright and colorful and likely made from polycarbonate.

In addition to the Lumia 2520, Nokia is also said to be planning a new music player called the Guru. As you can see from the leaked picture below — published by Evleaks — it’s a tiny device without a display that features only a micro USB port and volume controls.

The device also has built-in NFC, and it’s not yet clear whether that’s for connecting to other Lumia devices to be used as a headset. We should find out tomorrow.