Wondering what Spacetime Games is up to these days? After a successful launch of free-to-play Battle Dragons this past August, the team has turned its attention to a new combat strategy game with the same branding: Battle Command!

In this new game, you’ll take command of a small group of soldiers and try and shape them into a crack team of military force. You’ll collect resources, construct bases, recruit troops, form alliances, and fight on the battlefield (obviously). Battle Command! will have a bunch of single player missions to help hone your skills, and then some serious global multiplayer, something Spacetime has been getting right for years. 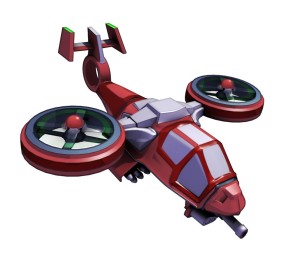 You’ll get to deploy human and robotic infantry, air units, and even static defensive units during play. Between battles, you’ll get to test your strategies out in war games without actually having to take damage from enemies, much like the team’s earlier effort, Battle Dragons.

The big push in Battle Command! seems to be diplomacy, with important victories happening via embassies and alliances with other players. You’ll be able to use your allies’ troops and defense capabilities and even share resources to improve build times.

“When developing Battle Command!, we kept the maxim ‘Amateurs talk about tactics, but professionals study diplomacy and keep logistics’ firmly in mind,” Gary Gattis, CEO, Spacetime Games, said in a statement. “We wanted to make strategy gaming more layered by adding social interaction with other players as a requirement for success and a significant part of the enjoyment players will get from the experience.” 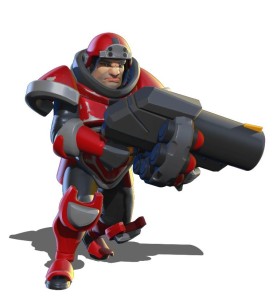 This is the second franchise of games from Spacetime, with successful MMO-type games Arcane Legends, Star Legends, Dark Legends, and Pocket Legends generating over 250 million play sessions with 20 million downloads.

Battle Command! will also be free-to-play on both iOS and Android. There will, of course, be in-app purchases and virtual currency to enhance your time with the game, letting you buy vanity items and speed up production. The game should arrive in the App Store this November, after a soft launch on Google Play.