One of the biggest improvements Fitbit has made with the Force is its new OLED display, which is a significant improvement over the Flex’s LED light setup. It displays the time, lets you view basic fitness stats, and even provides you with incoming call information when connected to an iPhone running iOS 7. 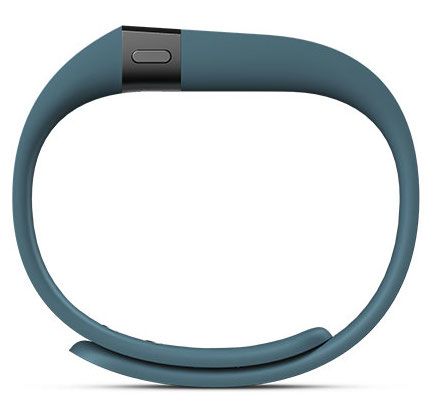 The display isn’t always on, but you can quickly activate it by pressing the button on the side of the device. You can also hold down the button to activate a stopwatch function.

Another big improvement with the Force is that it’s now a contained unit with its own charging port; you no longer have to take the tracker out of the wristband to charge and sync it like you do with the Flex. There’s also a handy USB dongle that lets you sync the device wirelessly, and of course, you can also sync wirelessly with your mobile devices via Bluetooth 4.0.

The Force has a 7-10 day battery life — depending on how much you use it — and it’s designed to be water resistant against sweat and splashes. It’s not designed to be use while swimming, though, so don’t take it with you for your morning dip.

The Force is compatible with the iPhone as well as the Samsung Galaxy S III, Galaxy S4, Galaxy Note II, and Galaxy Note 10.1. You can use it with other Android handsets as well, but you’ll have to sync your data to your computer first, and then back to your smartphone.

You can buy the Force today from Fitbit’s online store, and you’ll find it in retail stores across the U.S. in the coming weeks.