UPDATE: Looks like FreshPatents isn’t so fresh. Despite labeling this patent as “new,” it seems it was first published back in March. Nevertheless, it’s still a pretty interesting one, so we’ll leave it here for those who haven’t seen it before.

You don’t know the true meaning of pain until you’ve dropped your shiny new iPhone on a hard surface. If you’re lucky, it will land on its back and your case will protect it, but if you’re not, it’ll land flat on its face and you’ll need a new display. But what if there was a way of ensuring it landed on its back every time?

A new Apple patent that covers a “Protective Mechanism for an Electronic Device” describes how future iPhones and other mobile devices could have built-in motors that automatically flip them over in mid-air after they’ve been dropped to protect vulnerable areas. 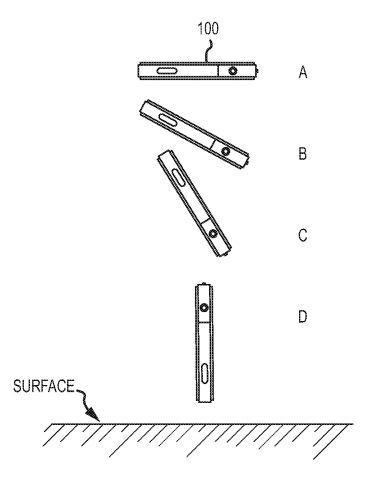 Here’s how it would work: Inside your iPhone there would be a special motor that was in communication with the processor. When your iPhone’s sensors detect that the device has been dropped, the sensors tell the processor which quickly determines the orientation of your device. 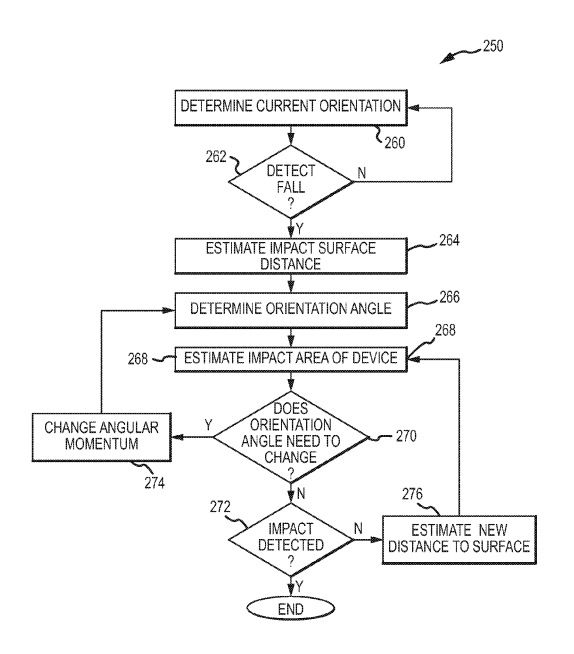 Apple describes a number of ways a device could be protected during a fall, and one of its more interesting ideas includes a fan or jet propulsion system that could change “slow or stop the impact of the device with a surface.” Think jets of air that would cause your iPhone to hover above the ground when you drop it.

It seems more likely, however, that Apple would employ a special motor that could flip the device onto a “safe zone” during free-fall. So, providing there is enough distance between the device and the hard surface when you drop it, and therefore plenty of time, your iPhone could ensure it always lands on its back to protect its display and other components.

With display manufacturers working on “unbreakable” panels, we may never need technology like this — in just a few years, our smartphones could be significantly more robust and less likely to break after a fall. But while we continue to use devices made of fragile glass and plastics, this kind of system could save a lot of smartphones from expensive repairs. 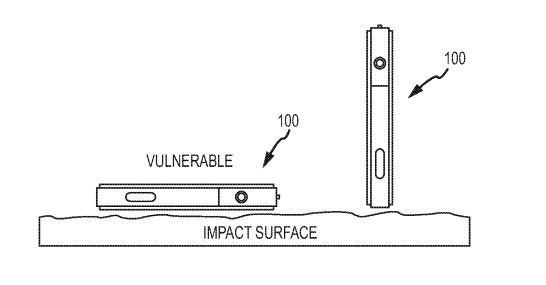