Back in December of last year, AgileBits released version 4 of 1Password for iOS. A completely redesigned, streamlined interface was introduced along with a built-in browser and iCloud syncing. The app has supported Dropbox and WiFi syncing for years, but iCloud was a welcomed addition when using version 4 on multiple iOS devices.

1Password 4.0 for iOS was a great release, but the Mac version was sadly left in the dust. The good news is that the developers at AgileBits have been working quietly on a totally new version of the Mac client for months, and it’s finally available.

1Password 4 for Mac aesthetically matches the iOS version at last, and it looks great. The old 1Password for Mac looks severely outdated in terms of design when compared with version 4. The app now plays well with Mavericks, Apple’s latest version of OS X rumored to ship next month. 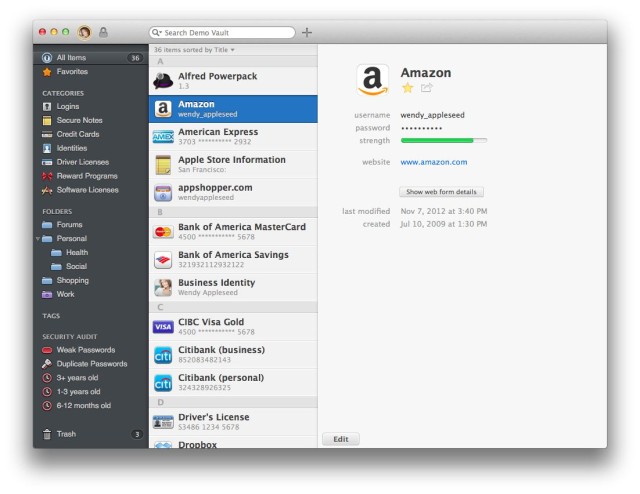 There are over 90 new features in 1Password 4 for Mac. Here are some of the big ones:

The ability to create separate vaults for storing sensitive info is great for sharing within a business or between family members. You can see how it works under 1Password > New Demo Vault in the app. Sharing is a big part of 1Password 4, as you can also securely send individual items via email or “obfuscated” iMessage. If the recipient makes changes and sends the item back, the app will update your existing item to match.

1Password mini is a nice addition for the Mac’s menubar. It makes it easy to search your vaults, item details, and more without having to open the app. 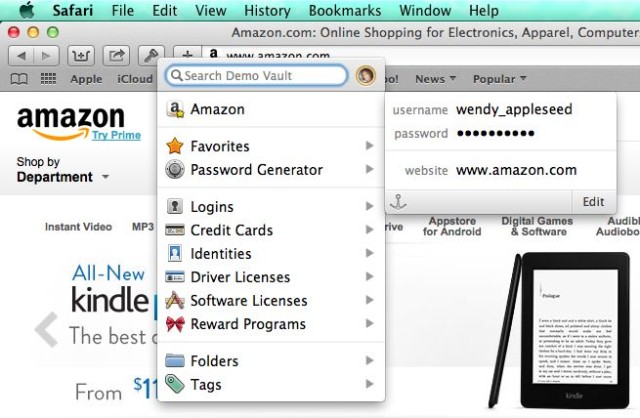 The browser extension for 1Password has gone native with this release, and the experience there is much smoother. Supported browsers are Safari, Google Chrome, Firefox, and Opera. 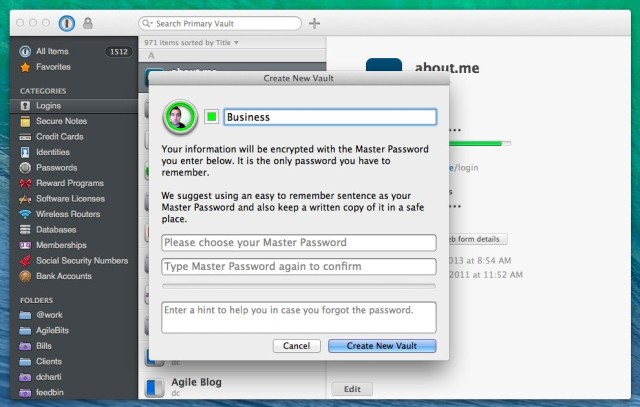 Since we found out that the NSA has been tapping tech companies to spy on us, trusting a third-party app to store your most precious data can sound dangerous. AgileBits has stated that it has not succumbed to any outside pressure, and its encryption remains strong. If you just want something to store your web logins, Apple’s iCloud Keychain in Safari is probably enough. But 1Password offers a more full-featured experience for storing everything from complete identities to secure notes to credit cards. It’s designed to be your own digital bank vault.

All Mac App Store customers of 1Password and those who purchased on the AgileBits website in 2013 get version 4 for free. The launch sale price is $40, but website customers who purchased prior to 2013 get a special launch price of $25.