It just got a lot easier to set up your Apple TV. Apple has detailed a new way to input login and WiFi network information when setting up a third-gen Apple TV with an iOS device. All you have to do is physically tap an iPhone against the Apple TV to instantly transfer settings over Bluetooth LE (low energy). The Apple TV needs to be on the latest 6.0 update, and the other device needs to be running iOS 7.

During beta testing of the Apple TV 6.0 release, Apple added the ability to do setup from an iOS device, but you couldn’t just tap two devices together. As of today, Apple’s support guide details how to do setup with a quick tap. 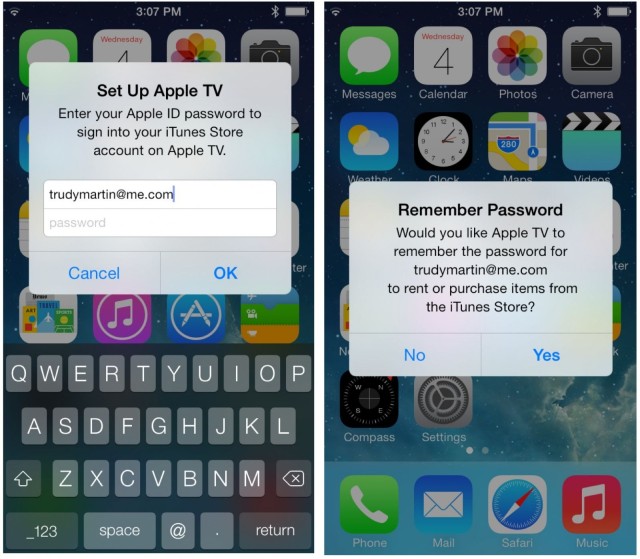 Upon touching the iOS device to a stock Apple TV, you will be prompted to enter your Apple ID credentials on the iOS device and choose whether you want the Apple TV to remember your password. The Apple TV will then configure itself automatically and add your login information, including WiFi password.

Tapping two devices to trigger a setup process may seem trivial, but the feature highlights what Apple is able to do with advancements in Bluetooth LE. After WWDC, one of the lesser-publicized features to debut in iOS 7 was iBeacon, Apple’s new protocol that effectively turns any iOS 7 device into a beacon. A Bluetooth LE field is created around the device that can be automatically triggered by other beacons in close proximity. There are all kinds of possibilities the technology provides, including mobile payments. If you’re curious, iBeacon is explained well in this post on Medium.