The upgraded iPhone 5s camera isn’t about any one feature in particular. Individually the new features aren’t much to get excited about – I mean seriously, who’s going to cream their pants for a smartphone flash with two LEDS? But when you look at what all the small new features bring to iPhoneography as a whole, there’s a lot to get excited about. 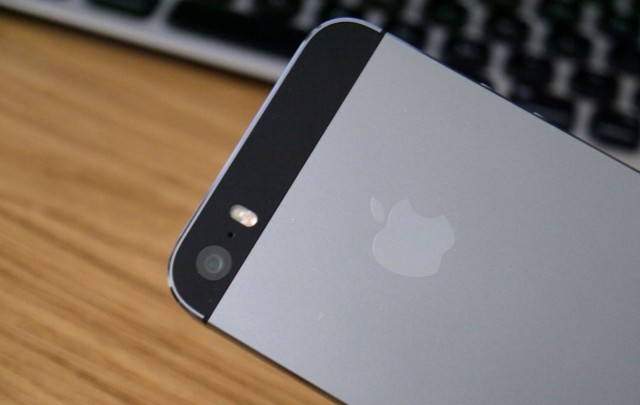 Rather than beefing up its image sensor with a ridiculously high megapixel count, this year Apple decided to keep the 5s’s sensor-size at 8MP but added larger pixels (1.5µm vs. 1.4µm) to make the sensor 15% larger. With its larger f/2.2 aperture, the iPhone 5s boasts 33% better light sensitivity, allowing it capture clearer pictures in low-light, as well as brighter, richer colors than the previous iPhone.

When you compare the iPhone 5s camera performance to the iPhone 5 during broad daylight you really won’t notice a huge difference. Images produced by the iPhone 5s at midday were slightly sharper and had less noise, but it was hard to notice much of a difference. That changed completely once it started to get dark out though. The iPhone 5 has never been great at low-light performance, but the iPhone 5s produces some useable pictures.

The extra horsepower of Apple’s A7 chip has also granted the iPhone 5s some magic powers, like burst mode, slo-mo, auto image stabilization, as well as dynamic exposure adjustments during panoramas. The extra horsepower means that even if you manage to take crappy pictures with the improved sensor, the software features running behind the scenes will help offset your photoging skills so you have something a little more presentable to share with friends.

Over the next couple months Apple’s competitors are bound to attack the spec sheet of the iPhone 5s camera, so we decided to see how well the new iPhone stacks up against two of the best smartphone cameras on the market – the HTC One, and Samsung Galaxy S4 Active.

While the HTC One and S4 Active hold their own pretty well against the 5s, I found that the 5s produces notably better pictures overall, especially in low-light. Take a look at the pictures below and you can see the differences  yourself. The iPhone 5s has brighter colors and can handle low-light much better than the HTC One. Notice the sky above the mill on the HTC One picture is washed out, where as the 5s produces a much more balanced skyline.

The Galaxy S4 puts up a fair fight against the 5s too. Unlike its beefy brother, the Galaxy S4, that carries a 13MP sensor, the S4 Active has a 8MP sensor similar to the 5s’. The bigger displays of the S4 Active makes for an incredible view finder so you can really see what you’re capturing, however the lower aperture of the 5s give it a nice boost over the competition . The S4 Active handled low-light better than the HTC One, but still struggled compared to the 5s – notice how there’s also some purple aberration on the right side as well.

The rear-camera of the 5s isn’t the only lens that got some love from Apple’s engineering team. A 1.2-megapixel front-facing camera was added to the iPhone 5s for FaceTime calling. The upgraded sensor allows you to make FaceTime calls in HD for the first time, which is great for when your family and friends want to see your shinning smile, but the real benefits will be reaped during far more narcissistic activities – taking selfies.

For people who are addicted to taking selfies and playing on Snapchat, the upgraded FaceTime camera will be a hugely welcomed addition. Rather than fumbling to hold down the shutter button to take a selfie with the 8MP iSight camera, the updated FaceTime camera is finally a viable option for casual selfies with friends.

Taking panoramic pictures with the iPhone 5s is a huge improvement. At 30FPS, the iPhone 5s takes pictures 50% faster than the iPhone 5 in panoramic mode. That sounds like more tech-spec rubbish, but what it means is you can scan over your scenes a lot quicker, which should lead to fewer mistakes and distortions. I suck at taking panoramas, but the speed boost definitely makes things easier by allowing my shaky hands to spend less time capturing a scene.

Another welcomed addition for panoramas is the phone’s new dynamic auto exposure feature. Scanning across an entire mountain range can cause a lot of discoloration when there are a couple of dark and light spots in your picture. Dynamic auto exposure intelligently adjusts the exposure of your frame as you pan across a scene with varying light, resulting in pictures that are much more balanced and true to life.

One of my favorite new features of the iPhone 5s is Slo-Mo, which allows you to film video at 120FPS and then play it back at a quarter the speed in 720p.  To film something in Slo-Mo you just swipe over to the setting inside the camera app, capture your video per usual, but then once you’re done recording you can go back and choose which parts of the video to play in Slo-Mode.

Basically anything you shoot in Slo-Mo makes it look awesome – from runway fashion models to your snot nosed toddler throwing pineapples at your dog.  Apple’s A7 chip adds a few speed effects to the beginning and end of the clip for added emphasis, and you can splice in regular 1080 video into to the clip once you edit it in iMovie – which Apple just made available for free.

Slo-Mo may come and go as a fad or gimmick, but the new camera feature everyone will love the most is Burst-mode. Thanks to the new A7 chip, the iPhone 5s  has a new image signal processor (ISP) and 2x faster autofocus, making it perfect for the addition burst-mode which allows you to capture up to 10 frames per second.

To activate the new feature just hold down the shutter button and the iPhone 5s fires off frames like a machine gun. Once you’ve captured enough frames, Apple’s got some intelligent algorithms working behind the scenes to analyze each frame and then compares them for sharpness and clarity, before suggesting which individual photo is best. It sounds great for capturing sports, but so far I’ve found its also great to use every time you take a picture so that you’re guaranteed to get at least one snap that’s in focus.

The iPhone 5s camera is one of the best smartphone cameras I’ve ever used.

The iPhone 5s camera is one of the best smartphone cameras I’ve ever used. It’s as simple and easy-to-use as ever, but with the improved 8MP sensor, better low-light performance and wealth of new features like Burst-Mode, Slo-Mo, and dynamic auto exposures, this is a smartphone camera you can take almost anywhere and get a respectable shot.

But is it worth running out to upgrade? That depends. Upgrading from the iPhone 5 camera to the 5s won’t blow your mind, and you can get features similar to Burst Mode and Slo-Mo in other camera apps, so unless you’re dying for an A7 chip and Touch ID you might want to just stay pat until the iPhone 6 arrives next year. However, if you’re coming from the iPhone 4s or 4 you will be absolutely delighted with the incredible pictures Apple has squeezed out of the iPhone 5s, so fire away.