The iPhone 5s is just as exquisite as the iPhone 5. It shares the same incredible design — a gorgeous mix of aluminum and glass — and the build quality is exactly what you’d expect from a premium Apple product. Every piece is accurately crafted to fit beautifully into the aluminum shell. 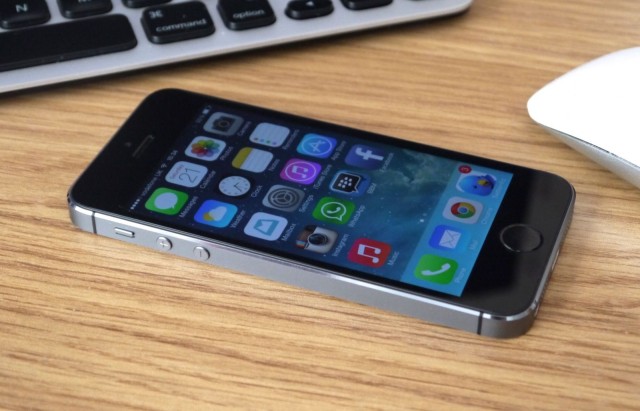 The iPhone 5s is also just as thin and as light as its predecessor — despite additional components and a bigger battery. This won’t wow you too much if you’re upgrading from an iPhone 5 — you’ll already be used to it — but if you’re coming from an older iPhone, you’ll certainly be impressed.

At just 112 grams, the iPhone 5s really is a joy to hold. It feels every bit like a premium product, and that feeling of cool aluminum on your palms when you pick it up in the morning never gets old. It’s also barely noticeable in your pocket — even if you decide to stick it inside a case.

That feeling of cold aluminum on your palms every morning never gets old.

In fact, if you’re used to using a larger smartphone, you’ll find yourself checking your pockets to make sure it’s still there for the first few days.

I decided to pick up the space gray model this time around having had white iPhones for the past few years. I was always adamant I would go with the black model this year, then I got my heart set on the gold one following Apple’s big unveiling. Unfortunately, they’re incredibly difficult to get hold of right now.

But the space gray iPhone 5s looks terrific. Its aluminum is shades darker than that of the silver model, and it works well with the black display and inserts on the back of the device. Maybe it’s not quite as elegant as last year’s all-black model, but you can be sure it will age better.

The black model was anodized, and it was notorious for chipping and scratching far too easily. After just a few weeks of use, some black iPhone 5 owners found their devices were already looking pretty worn, with chips around the edges of the device revealing the silver aluminum beneath.

That’s not going to be a problem with the space gray model, though. That’s obviously why Apple chose to replace the black model, rather than launch the space gray variant alongside it. Those who want a black display can still have one, but without the chipping issues.

iPhone 5s is the prettiest and most impressive smartphone on the market when it comes to design.

The iPhone 5s’s design may be over a year old now, but that doesn’t matter; it’s still the prettiest and most impressive smartphone on the market when it comes to design, and its build quality really is unmatched. The aluminum HTC One comes close, but no one beats Apple’s attention to detail.