Calling it the “first Speed MOBA (Multiplayer Online Battle Arena),” Zynga released Solstice Arena to the iOS App Store this past June. The game garnered many awards and some fairly good reviews from around the web.

You’ll pick a hero to control during the battles, forming alliances with up to two other heroes to fight alongside you in 3 vs. 3 combat arenas. You’ll be able to play with friends, other folks from around the world, or battle against AI-controlled heroes. As you level up your chosen hero, you’ll upgrade using battle-won points to enhance your abilities and customize your hero to your own play style. Each hero follows one of five “disciplines,” so you’ll need to study each one to get to know its strengths and weaknesses as you head into battle. 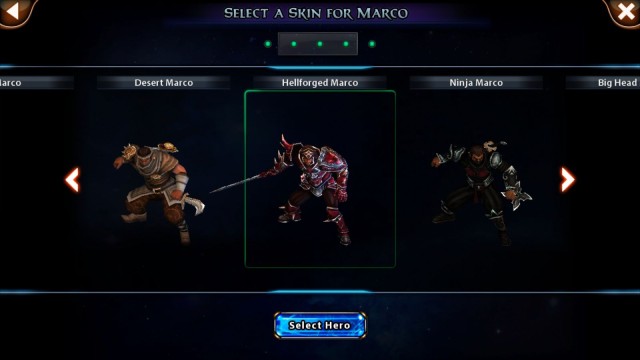 Says Zynga general manager, Frederic Descamps, in a blog post for the game:

We’re offering 10+ heroes at launch, and you’ll see a few of them featured in our launch trailer above. All heroes are designed for different styles of play. Those that want to dive deep into hero customization can pursue one of three different ability paths. For those that just want to jump into the next match, we’ll recommend items for each hero. We’ve had a lot of fun designing each hero with various skins, abilities and most of all, personalities. Look no further than Biker Brutus, and get ready for more. We’ll have new heroes, new skins and new abilities giving players always something new to master.

Since the game launched at E3 this past summer, Solstice Arena has been awarded the best MOBA of E3 award, the Best Mobile Strategy of E3, and currently runs a high Metacritic score of 83, proving that free-to-play games can also be good.

It’s also good looking, as you can see in this video right here:

So, if you’ve got the time, head over to the Mac App Store and grab yourself a copy of Solstice Arena. It’s quick to learn, even if you’ve never played a MOBA like League of Legends or Defense of the Ancients. If you like it, you can always hop over to the iOS App Store and take it with you on the go.