Facebook updated its iOS app today with one of the biggest redesigns since the switch from HTML5 to native last year. Arguably the most popular third-party app in the App Store has been rethought for iOS 7, and Facebook believes that it will be incredibly well received. Why? The social giant has been quietly testing aspects of the new app with millions of unsuspecting Facebook users for awhile.

Besides the general aesthetic change to closer match the feel of iOS 7, Facebook has changed the way you navigate throughout the app. The left sidebar has been completely taken away, and a static bar with options for News Feed, Requests, Messages, Notifications, and More rests at the bottom of the screen. 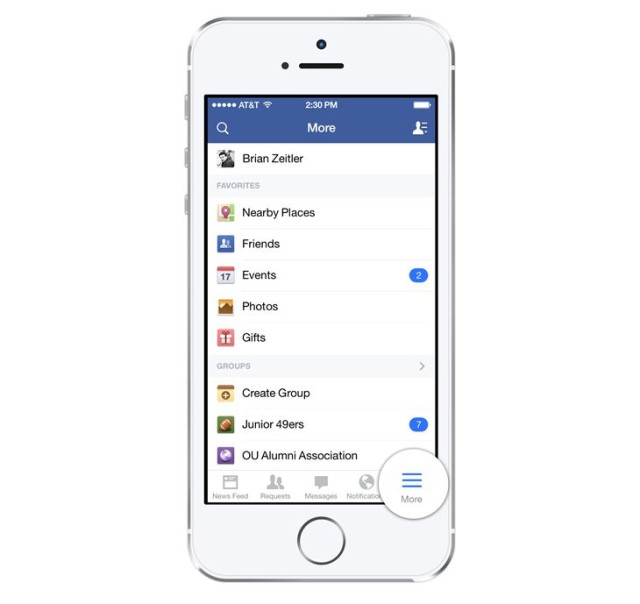 The Verge has a good story on the making of Facebook’s iOS 7 app that’s worth reading, but the most interesting tidbit is that Facebook found a unique way to secretly beta test upcoming features without anyone knowing. Back when the app was HTML based, it was easy to change things without needing to submit a new update to Apple. A native app presented challenges.

To get around these issues, Facebook built an entire system for creating alternate versions of the native app within the native app. The team could then turn on certain new features for a subset of its users, directly, and measure the results. Starting in early 2013, the team put together a system of “different types of Legos — that we can reconfigure really easily … and see the results on the server in real time.”

Apple doesn’t allow developers to ship beta tests in its App Store, but Facebook insists that each test feature it hides inside its app is “production level” and the furthest thing from a series of “quick, janky experiments.” The teams says it has been “very straightforward with Apple” about its methods.

Facebook found that most of the 8 million users who tested the new navigation bar without knowing it engaged more with the app than before. Pretty cool.