BlackBerry Messenger is close to becoming a cross-platform messaging service for the first time, but when will you be able to download the app on your Android and iOS devices? BlackBerry has been pretty quiet about launch dates up until now, but a new rumor claims BBM will hit Google Play this Friday, September 20, before landing on the App Store a day later.

Indonesian website TeknoUp has published an invite to a BBM launch event in Jakarta at 12 p.m. local time on Thursday, September 19. BlackBerry is expected to confirm at the event that BBM for Android and iOS will be available before the end of the week. 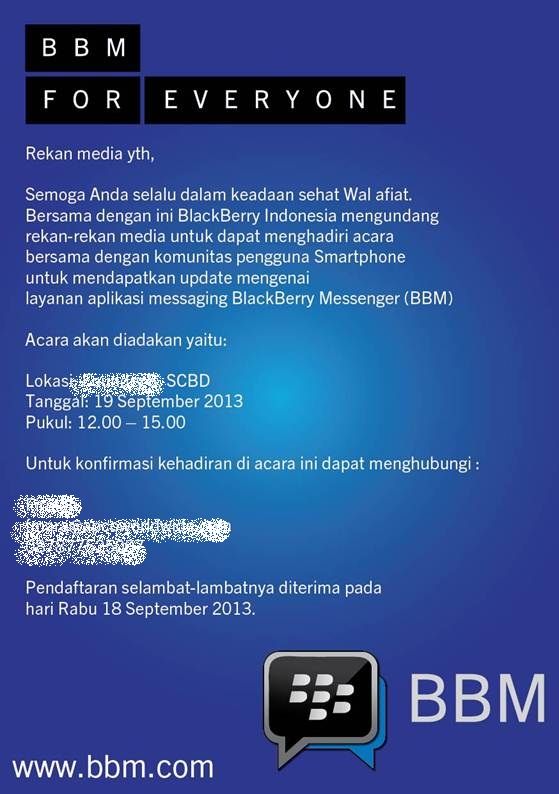 We cannot confirm the invitation is genuine, and we’re yet to hear about similar events in the U.S. or Canada — but CrackBerry has also received some dates for BBM’s cross-platform launch, and they line up perfectly. Here’s what you can expect, then, according to CrackBerry:

We had suspected that BlackBerry might wait until after Apple has launched its new iPhones before launching BBM for Android and iOS, but clearly it’s not too concerned about the news being buried under iPhone reviews and related stories.

So, if you’re lucky enough to be picking up a new iPhone on Friday, it looks like you’ll be able to use BBM on it the following day.