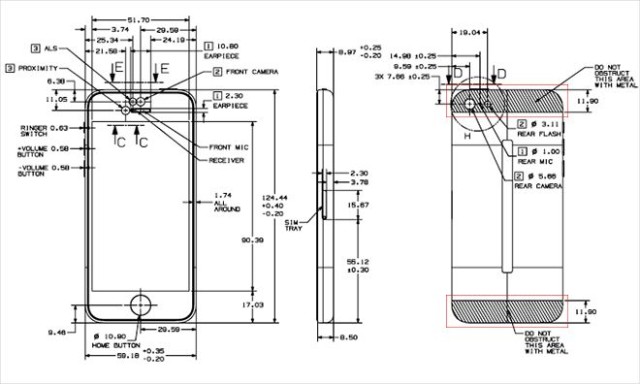 Every time a new iPhone comes out, Apple ends up posting these schematics for the benefit of casemakers and accessory makers, which is a little bit rich since these are precisely the people who have tended to know the precise schematics for Apple’s latest handset for months anyway.

As such, these schematics tend to hone in on details that might be problematic for an accessory. The iPhone 5s schematic, for example, pays a lot of attention to the new sapphire-covered home button. Why? Because this is the first iPhone with a fingerprint scanner, which means casemakers can no longer cover up the home button.

The iPhone 5c drawings similarly spell out some interesting details about the new handset. For example, the schematic shows off a new steel-inforced frame doubling as a multi-band antenna.

If you’re interested in what’s going on inside Apple’s newest devices, take a look.