If you are one of those people who have an iPhone or iPod for your telephony and music needs while out the house but still stubbornly keep a Windows desktop comp at home, perhaps for historical reasons or work purposes, you will most likely be missing out on a pile of great and super-convenient auto-syncing / streaming compatibilities of all your files, pics, videos, and so on that are the joy of Mac fans who use all Apple products. 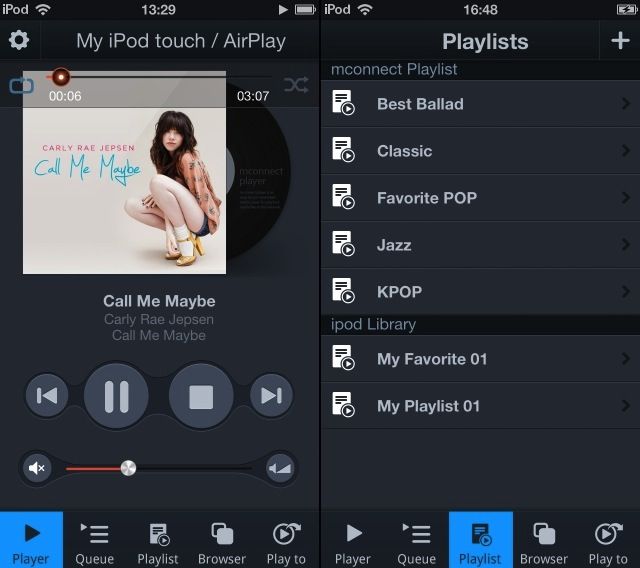 ConversDigital‘s mconnect player free for iOS is an update with a new UI and other features of the company’s super-popular universal multimedia player, designed to provide media playback from any source to any device in a network environment. The mconnect player free lets users stream media files residing on any computer or cloud server such as Dropbox and SkyDrive directly to iDevices. In addition to playback on iDevices, media files can be streamed via AirPlay Mirroring to home theater systems equipped with Apple TV, AirPlay compatible speakers, or other Digital Living Network Alliance (DLNA)-compatible audio components and smart TVs.

In a world filled with media choices, Apple has created exquisitely designed, smart, mobile devices that play a major role in media consumption. But, not every home computer, music service, or cloud storage network was designed for maximum compatibility with Apple’s iDevices. The mconnect player free is a universal, network, multimedia player solution. While Apple streams media via its proprietary AirPlay technology, DLNA is a non-profit collaborative that develops guidelines for interoperability between digital media devices. The mconnect player free makes iDevices DLNA-compatible, greatly expanding the number of digital media sources available to owners of Apple mobile devices.

Using mconnect, your mobile device becomes a remote controller for connected devices. The new mconnect offers a number of feature highlights including management of music playlists stored on multiple server devices on the network, Micro Volume Control allowing precise digital control from 0 to 100, playback of media files stored on PCs (Windows XP/7/8), network storage, and cloud storage such as Dropbox and SkyDrive. The mconnect supports streaming to Apple TV and AirPort Express via AirPlay Mirroring. And of course you can share all your favorite bits and moments on Facebook and Twitter!