Google’s head of Android and Chrome, Sundar Pichai, has just confirmed that the next delicious version of Android won’t be just any old generic desert, but will instead be called Android 4.4 KitKat.

Along with the announcement of the new name Pichai told his Google+ followers that he just got back from a trip to Asia to visit device partners, and that Android has now passed over 1 Billion device activations:

“Huge thanks to the entire Android community from the hardware manufacturers, chip makers and carriers to the developers and content creators to all of you – our Android users around the world – for making this possible.

On my return from Asia, I was also thrilled to find this guy waiting to greet me on the front lawn — love the new #AndroidKitKat statue and can’t wait to release the next version of the platform that is as sweet as the candy bar that’s one of our team’s favorites:)” 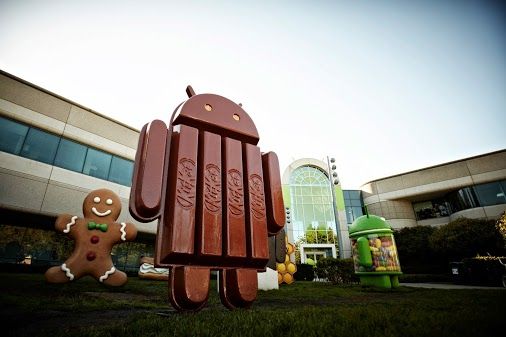