The iPhone 5C is quite possibly Apple’s worst-kept secret so far. We been enjoying photos and videos featuring its colorful plastic back and other internal components for a number of months, and now a new video has surfaced that shows a seemingly complete handset powered on and being played with.

With so many iPhone 5C leaks, it seemed inevitable that as we edged closer to its launch, finished, functional units would start appearing out in the wild. So the hands-on video below, which shows a red unit being used to browse ther Internet, comes with little surprise.

This video was uploaded to Chinese video sharing network Youku, and it’s not the only iPhone 5C leak to come out of China this week. iApps.im has also published photographs of the handset in its retail packaging, which you can see above and below. 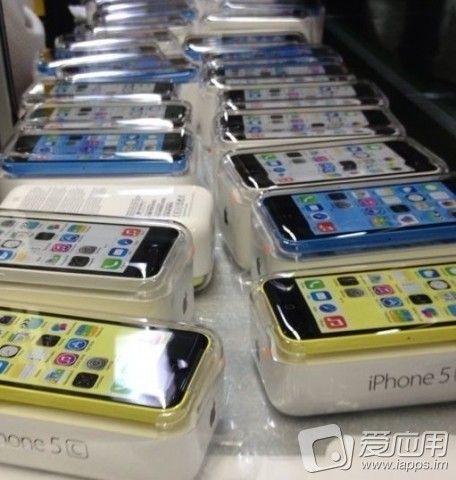 It seems the device will not come in a cardboard box like previous iPhones, but in a slightly larger plastic case like the iPod touch instead — no doubt to show off it’s pretty colors. You’ll also notice that each device has a different wallpaper matching the color of its back panel.

The iPhone 5C is expected to get its grand unveiling alongside the iPhone 5S on September 10. That’s just over one week away, so you can expect Apple to send out press invitations for the event today or tomorrow.