Plants vs Zombies 2: It’s About Time has only been out a couple of weeks, but it’s quickly climbed up the App Store charts and shattered records. EA announced this afternoon that PvZ2 has been downloaded nearly 25 million times, smashing the total lifetime downloads number set by the original Plants vs Zombies game.

Over 10 million plants have been planted during the 81 thousand players have logged in the first week. EA announced last week that a “Far Future” expansion for the game soon will be released soon, but in the meantime, they’ve shared the following infographic to celebrate the 25 million download milestone: 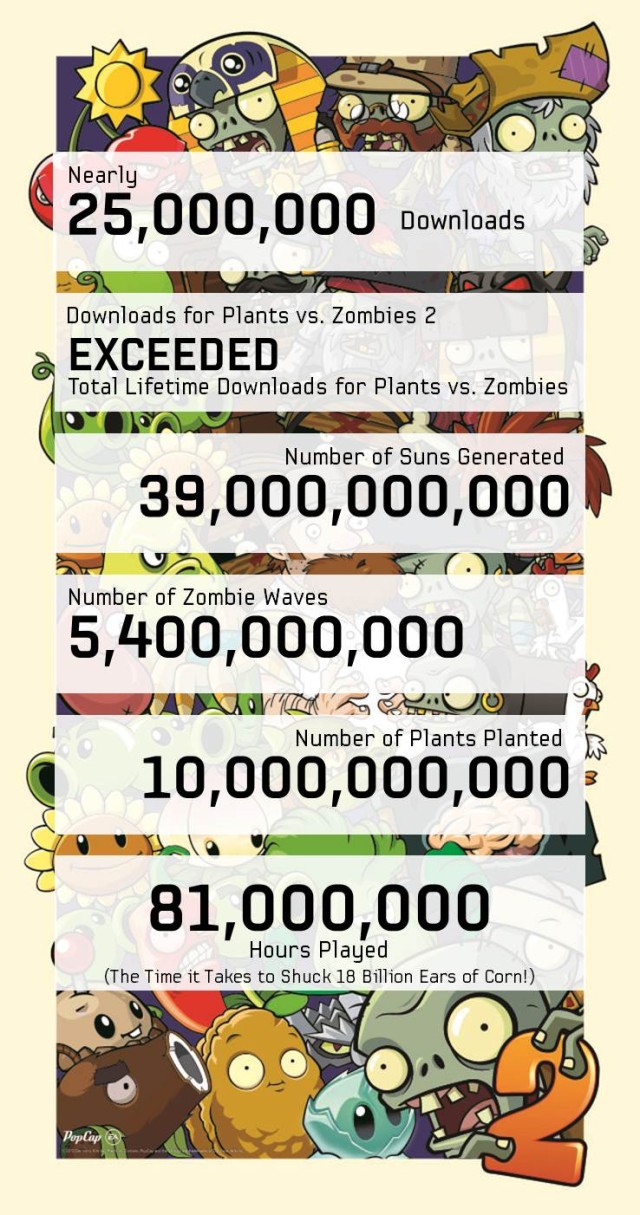