Doctors in Germany have just used an iPad to operate on some guy’s liver, not by smashing the screen and using the jagged shards as a scalpel, but by using Apple’s tablet as a second-screen for an augmented reality app. Will wonders never cease? Is there anything the iPad can’t do? 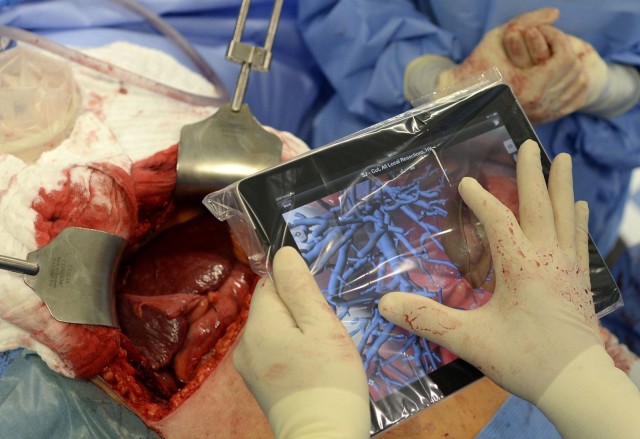 Why the augmented reality app? The surgeons say that it allowed them to avoid potential complications by having the layout of the liver visible before surgery had even begun. It lead to a more efficient operation. And it’s not just good for livers, either: the team behind the app says it could also be used to remove tumors from other organs.

Absolutely amazing. I never could manage to even get very far in that classic old Nintendo DS surgery game, Trauma Center. The fact that there are doctors out there holding a scalpel in one hand and an iPad in the other, saving lives, seems like a miracle of dexterity to me.