We’ve already seen a whole bunch of iPhone 5S components over the past few months—they’ve even been shown off in hands-on videos—but these high quality images show the changes Apple has made to its Retina display when compared to the iPhone 5 model.

While both devices have a 4-inch screen, and look almost identical, you’ll notice Apple has made a number of changes to the display’s connectors and the fittings around its home button. It’s not entirely clear what these changes will mean, but the new connector design suggests Apple has introduced a new logic board to the iPhone 5S.

If the improvements made to the iPhone 5S were simply a new camera, a new processor, and other tweaks to existing features, it’s reasonable to think Apple could make those changes without altering the design of the handset’s logic board.

But it has, which indicates the device will have other components or features that weren’t part of its predecessor. After all, it seems unlikely the Cupertino company would have changed the logic board’s design without good reason. 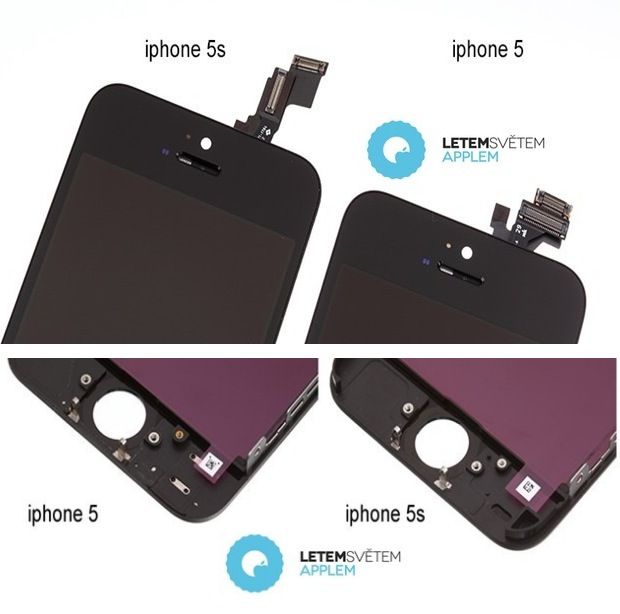 Of course, it’s unlikely we’ll find out what those new features will be until the iPhone 5S is unveiled this fall. But recent rumors have claimed one of its new selling points will be a fingerprint sensor that will allow you to unlock your device by scanning your fingertip—rather than entering in a passcode every time.

Apple may have also redesigned the logic board to make it smaller or slimmer, thereby making room for a larger battery. If we are going to see a faster processor and other new features, then we may need more battery life to keep the handset running for as long as the iPhone 5.