Talking of taking your iPhone to the beach, here’s another way to keep it safe from harm: don’t take it at all. Instead of Instagramming the topless ladies down at your local sea’n’sand pit, you could roll your own analog Instagram. No, not a Polaroid, but disposable cameras, dicked with to make them take even worse photos than they already do. 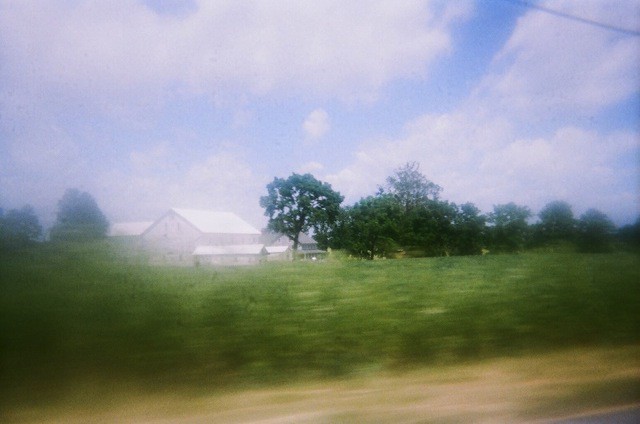 When photographer Lindsey Boccia realized that taking a trip without her camera bag was a bad idea (when is it ever a good idea?) she decided to experiment. She picked up a bunch of $6 disposable film cameras and went medieval on their asses.

Chapstick, car keys and plain old brute force were applied to soften up the lens and crack the case to let in light leaks and generally grungify the cheap plastic cameras. It’s an inspired idea, as these things are just going to get recycled anyway (although if you want, you can easily pop out the film and put in another).

The results are as lo-fi and light-leaky as you’d expect, only better as these effects are, like the film in the cameras, analog. Also, there’s something about shooting with a cheap-o camera that frees you up to use it anywhere. I have been testing out a kit-based Lomo I built up a few weeks ago and I fond myself using it in places I would never take my “proper” cameras.

I know I say this a lot here, but I really am pretty stoked to try out Lindsey’s new experiment. The results speak for themselves, and as my local Lomography store is used to dealing with crappy pictures and giving you the results on a CD, I can post the results to Instagram. Although they’ll be “latergrams,” obviously.