We’ve all heard stories about children who spends hundreds — sometimes even thousands — of dollars in the App Store when their parents have their backs turned. But that’s not the only place they can spend money on your iOS device.

Paul Stoute of Oregon learned that the hard way when his 14-month-old daughter purchased a vintage car on eBay using his iPhone.

Stoute had been looking at vintage cars in need of repair himself using the eBay app on his iPhone, but when he handed over the device to his daughter, he didn’t think twice about signing out of the eBay app — after all, who would?

But a short while later, Stoute received an email to say he’d won a classic 1962 Austin Healy Sprite in need of some serious attention. The car, which was nicknamed “Frankensprite” by its previous owner due to the mashup of old parts that were fitted to it, cost $225 with delivery. 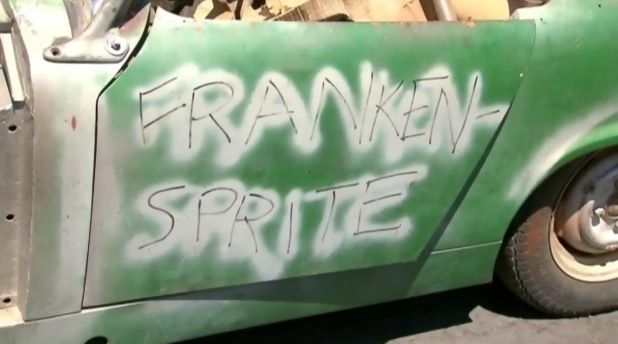 The purchase didn’t exactly break the bank, then, but nevertheless, a $225 spend you knew nothing about is always going to come as a nasty surprise. But after some careful consideration, Stoute has decided to go ahead with the purchase.

He’s going to fix up the car — pictured above — then give it to his daughter on her 16th birthday. Isn’t that sweet?