You gotta love the destruction of the point-and-shoot camera industry at the hands of the cellphone. After years of trying to woo us with more and more hard-drive-filling megapixels, camera makers are finally being forced to give us what we actually want. And it doesn’t hurt that these features are exactly those things that are difficult to put into phones: Big sensors and – now – viewfinders.

The latest convert looks like it’ll be Panasonic, with the newly-leaked GX7.

Blogs are calling it “rangefinder-style,” but it isn’t. What it is (if these drawings are anything to go by) is a Micro Four Thirds body with a built-in electronic viewfinder. “Rangefinder” is a specific term referring to the focussing mechanism using in cameras like the Leica M-series, and has nothing to do with a camera that uses an electronic TTL viewfinder. 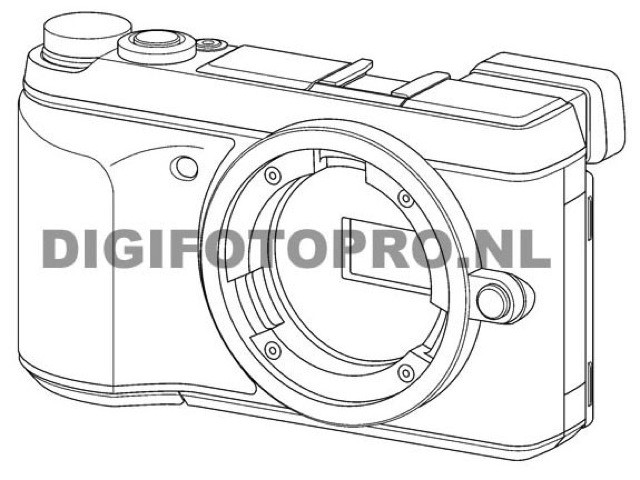 Anyway, this GX7 looks neat, especially as it’s a Micro Four Thirds body and can therefore use not only all those great Micro Four Thirds lenses you already own, but also other manufacturers’ lenses via adapters.

These drawings were made by Dutch site Digifotopro based on a patent application by Panasonic, and inspired by the old Lumix GX1, so take them for what they are.

And if this means knobs, dials, viewfinders that you can use in the sun, and big old sensors, I’m all for it.