One of our picks for the top games of 2012 is The Walking Dead, Telltale Games’ brilliant video game translation of the award-winning comic book and TV show.

Today, IGN reported that 400 Days is indeed headed our way, with a Mac port slated for July 3rd, with only a short wait for an iOS version on July 11.

The new game will be available as a $4.99 in-app purchase within Season 1 of The Walking Dead The Game, and will feature five new stories that will dovetail in some, probably horrific and emotional, way. Here’s the launch trailer:

The five stories are all centered on a truck stop on a Georgia highway, taking place at different times and from the point of view of new, different characters, starting on day one of the zombie infection to day 400, hence the title. The stories can be played in any order, but your choices will affect the outcome of the other stories. The choices you made in Season 1 will carry through this episode, and choices made here in 400 Days will echo through Season 2 when it releases. This is groundbreaking stuff, folks, so get in while you can. 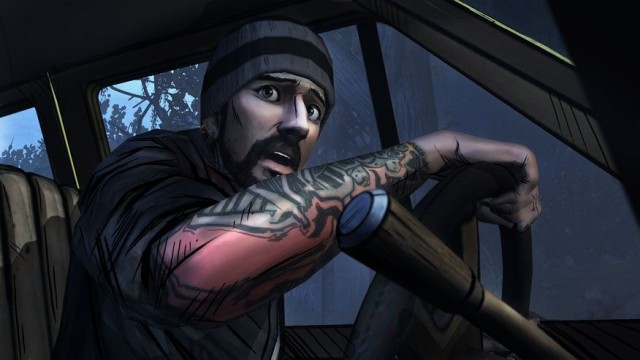 The Walking Dead: 400 Days will release on all major gaming platforms, as follows: