We’ve already told you why you probably shouldn’t install the new iOS 7 beta; it’s not just that the icons suck, but there are good reasons why beta releases should be avoided if you’re not a developer — particularly if you plan to use them on your primary device.

But if you went ahead and did it anyway, and now you’re looking for a way back, look no further. Despite what Apple says, iOS 7 can be downgraded to iOS 6 — and it’s pretty simple. Here’s how to do it in just two steps.

Firstly, you’ll need the iOS 6 IPSW file for your iOS device. If you’re running on an iPhone 5, that’ll be iOS 6.1.4; if you have an iPhone 4S, an iPhone 4, or a fifth-generation iPod touch, it’ll be iOS 6.1.3. You can download these files directly from Apple by clicking the links below.

Once you have your IPSW, put it somewhere where it’s easy to find — like on your desktop — then follow the steps below.

Plug your iOS device into your Mac using a Lightning cable, and open up iTunes. When iTunes has recognized your device, click on the “iPhone” or “iPod touch” button that appears in the navigation bar. 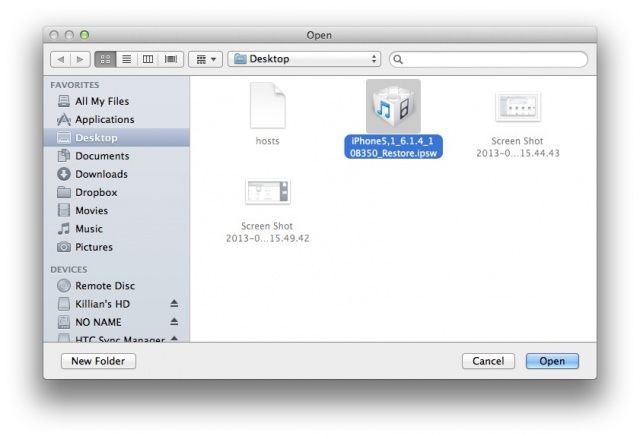 Now hold down the Alt key on your Mac and click “Restore iPhone…” A popup window will appear; now is the time to find the IPSW file you’ve just downloaded. Double-click on it and it’ll load into iTunes.

iTunes will now verify the firmware with Apple and begin installing it onto your device.

Note: If you get an iTunes error at this point, and the process will not continue, open up Finder, click “Go” in the menu bar, then type “etc” and hit return. Now look for a file named “hosts” and copy it to your desktop. 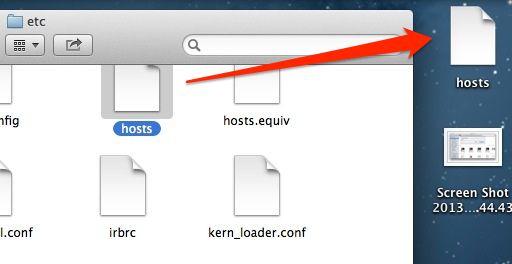 Open up that file in TextEdit, then look for the line that reads “74.208.105.171 gs.apple.com” and delete it. Now save the file and replace the original in the “etc” folder with the copy you just edited. 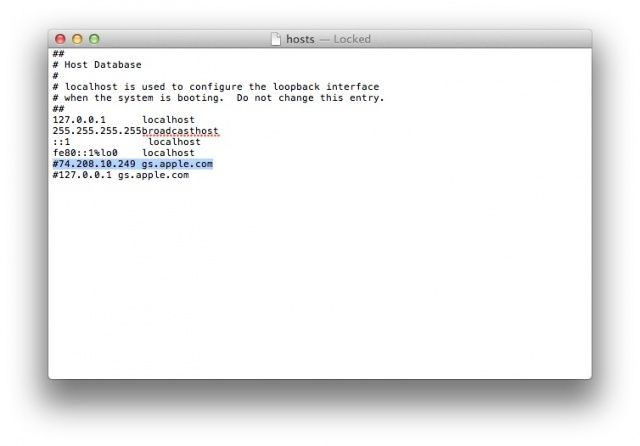 Now follow the same steps again and it should work without an issue.

Normally, you can’t downgrade an iOS device because Apple stops signing older firmwares. But because the latest iOS 6 releases are still in use, that’s not a problem here. So although Apple says you cannot downgrade, really you can.

Once iTunes has finished installing iOS 6, you’ll be able to set up your device as new, or restore a backup. But remember, you cannot install backups from newer releases, so if you made one while your device was running iOS 7, it’s no good to you.

Instead, you’ll need to find the backup you made prior to installing the iOS 7 beta.