Want proof that Scott Forstall blocked Jony Ive’s vision for iOS? Here’s an early prototype for the iPhone, made in 2005 by Jony Ive’s industrial design lab. On the back it says “iPod” because it was based in the design of the old aluminum iPod Mini. Remember that dinosaur? But check out the icons on screen. Look familiar? The icons on the prototype’s screen look just like iOS 7!

Check it out below. Notice the same flat design, the same signal bars and dock, the same unadorned icons. The Phone app icon is very similar. The Music App is identical. There’s the same dots to indicate signal-strength. Jony Ive has been credited with the flat new look of iOS 7 — now we know where he got his ideas: this is the way the iPhone operating system was originally envisioned!

The prototype’s Home screen is a mockup. It’s a fake screen; a picture of what iOS might look like. In 2005, it was still just a twinkle in Scott Forstall’s eye. 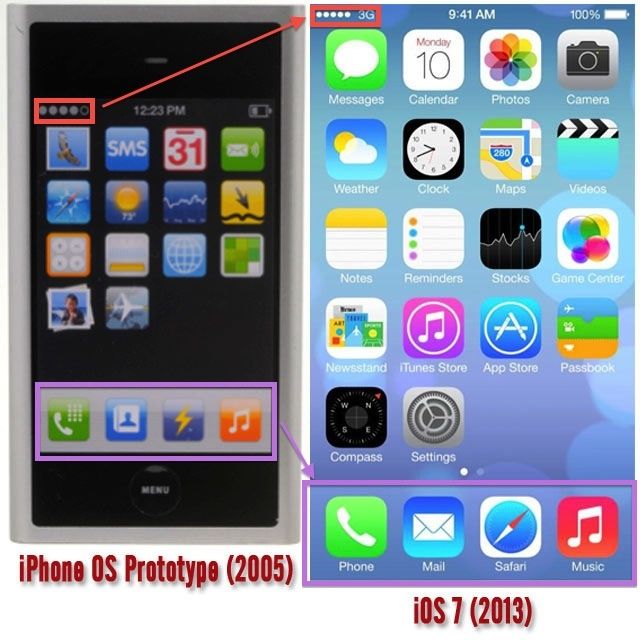 Thanks to Apple’s watertight secrecy, no one was allowed to get a peek at the operating system being developed by Forstall’s software group — not even Jony ive’s industrial designers across campus at Apple’s HQ.

Jony and Steve Jobs and several other Apple executives were party to it. But the dozen or so designers in Jony’s group never saw the software while they designing the hardware. To give them some idea of what it might look like, a dummy Home screen was created with fake icons. It’s featured on a lot of the early prototypes released during the Apple-Samsung trial. Check out some of the prototypes here.

One of the most interesting thing about these prototypes is how often Jony Ive recycles ideas. The early prototypes include designs that are very similar to the iPhone 3 and the iPhone 4, released several years later. During the trial, lead designer Christopher Stringer admitted that Jony’s design group often goes back to make sure they didn’t miss any good ideas.

BTW: I’m finalizing a new bio of Jony Ive and his industrial design team to be published by Penguin Portfolio in November. It’s called “Jony Ive: The Genius Behind Apple’s Greatest Products,” and here’s what the cover looks like: 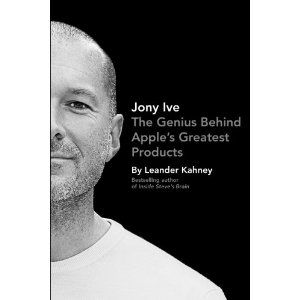