Today Tim Cook gave an Apple State of the Union update at WWDC 2013. He kicked off with Apple Retail, highlighting the recent opening of Apple’s new store in Berlin. “It’s a fantastic store in a great location,” he said. “Only Apple could do this.”

Cook went on to talk about Apple’s success on the digital storefront: the App Store and iTunes.

Here are some big numbers that were mentioned: 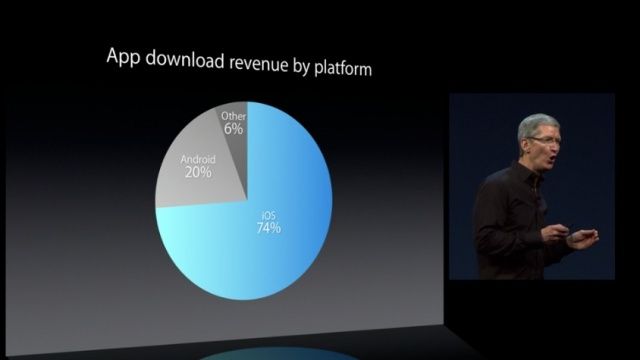 Number of comments on this postLeave a comment
Posted in: News Tagged: Tim Cook, WWDC 2013