Google unleashed an insane amount of news during its marathon keynote at the I/O developer conference today in California. A new music subscription service, Google Maps update, and messaging platform were just a few of the announcements.

Software and services was the name of the game at I/O this year, and here’s a roundup of everything Google unveiled earlier this afternoon: 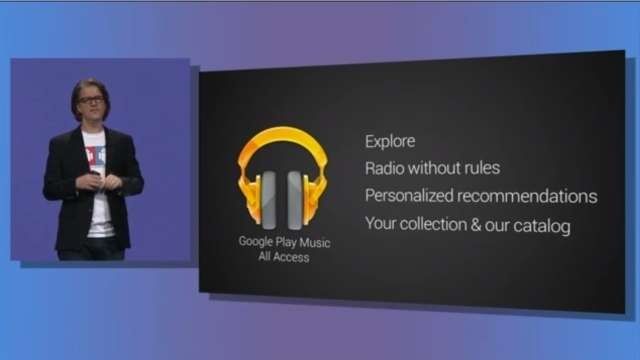 Google’s rumored music subscription service finally exists, and it will cost $10 per month after June 30th (with a free trial). Sign up before then and it costs $8 per month. You can use All Access on the web or through the updated Google Play Music app. An iOS app for All Access hasn’t been announced yet.

Where to get: web, Google Play

Hangouts is Google’s new cross-platform messaging service. It’s a standalone app that competes directly with iMessage, Apple’s ubiquitous messaging platform. You can chat with multiple people at once and send media from any device. Everything is synced between devices by Google. 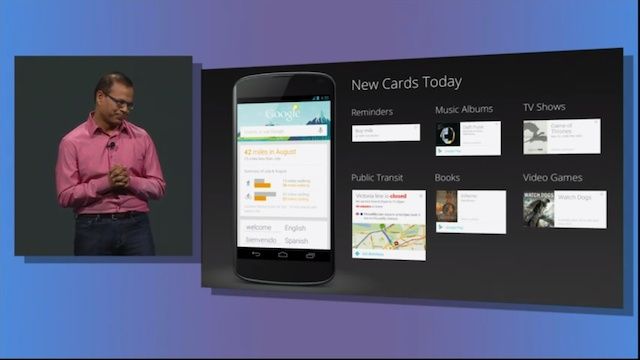 For Android 4.1+ (Jelly Bean):
– Reminders (e.g. say “remind me to buy milk this evening”, “remind me to take out the trash when I get home”)
– Upcoming books, music albums, tv shows and video games you may like
– Real time public transit updates (select cities)
– Last train home (Japan only)

Where to get: Google Play