Ah, the iCar. We’ve been waiting for Apple to make a real one for years, ever since they transformed a Porsche into one way back in 1980. And we know Steve Jobs was game.

So the promise that Volkswagen is preparing an iBeetle might, at first, seem of interest to Apple fans and auto enthusiasts. But don’t get too excited, because the iBeetle is lame. 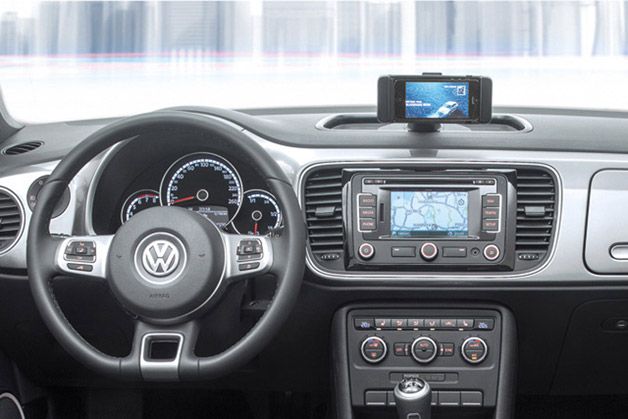 Autoblog says the iBeetle is no more than a regular Beetle with an iPhone dock in the dash. Woof.

In reality, the iBeetle offers little more than a dash-mounted dock and a special app that shows a few vehicle functions, which is about as far from an infotainment revolution as you’re likely to find. In fact, the setup is little more than a factory rehash of aftermarket items, and hardly worth a whole model debut at an international motor show. And that’s to say nothing of the fact that Apple relishes in changing the shape and form of its darling handheld at every generation. Volkswagen better be prepared to keep pace with appropriate docking mechanisms for the upcoming iPhone 5S, 6, 6S, et al.

Sounds pretty terrible, doesn’t it? But if, for some reason, this is the car you’ve been waiting for, the iBeetle is headed to the Shanghai Motor show for a debut.