Panic makes some of Cult of Mac’s favorite apps for the Mac. Transmit, Coda, Unison… they’re all classics of Mac app design, and recently, Panic has made the leap into iOS apps with Diet Coda and Prompt.

Now, rumor has it that Panic is about to release a brand new app for the iPad…. and it looks like it’s going to be a super-sexy dashboard app.

We’re not going to claim that we did the research here: our good buddy Christian Zibreg over at The iDownload Blog did this sherlocking.

Right now, Panic is simply teasing their new iOS app on their home page, claiming that whatever it is, it will be unveiled on Wednesday and “not the status quo.”

It appears that what the status quo isn’t is a dashboard app for weather, social streams, calendars, RSS feeds and more, modeled after Panic’s beautiful office status dashboard.

Panic is such a solid developer with such impeccable good taste, it’s hard not to get excited about the impending release of a new app, especially one that is aimed less at programming professionals (unlike Diet Coda or Prompt) than at mainstream users. Look for our review of Panic’s next mystery app in the next couple of days. 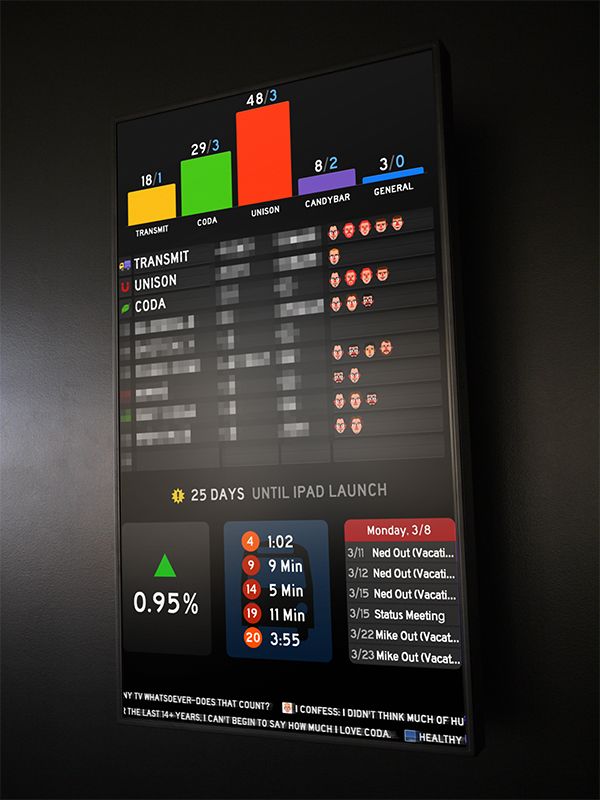