A couple of weeks ago, we reported that Steve Jobs was about to become a manga star, thanks to a new project by Mari Yamazaki (the author of, apparently, a “time travel public bath manga” called Thermae Romae) based upon Walter Isaacson’s biography of Jobs.

Now a preview of the first chapter of the bio has hit the web, seemingly focusing on the initial meetng between Jobs and Isaacson.

We’ve got the first pages after the jump. If you want to read the whole thing, the first chapter will be published in full in Japan in the April issue of Kiss. 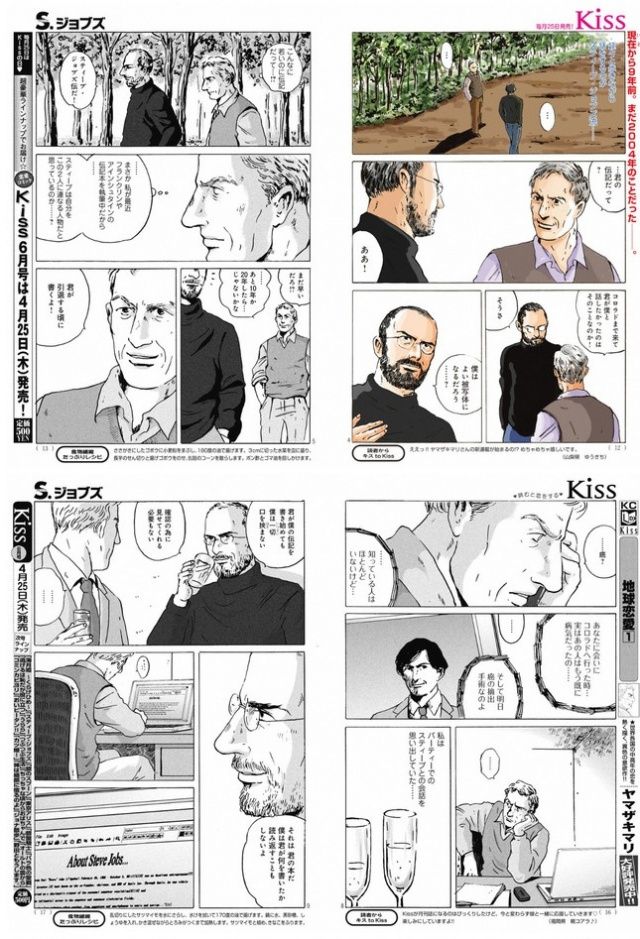 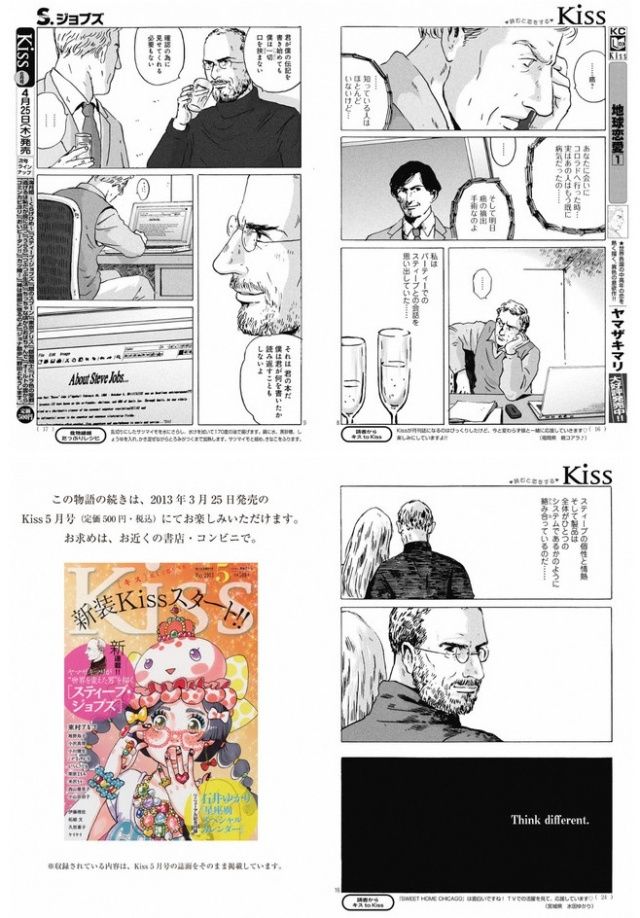