Noise-cancelling headphones are suddenly all the rage. It certainly seems as if every big player in the audio game has at least one model that features active noise-canceling, usually accompanied by other luxury features — and with a corresponding luxury pricetag. Even manufacturers who’ve only recently begun making cans, like Logitech UE and Klipsch, prominently feature active noise-canceling in their model lineups.

It may even seem as if the technology has been added to some models simply because it’s become the feature du jour — an impression strengthened by the fact that not all noise canceling is the same. Not even remotely.

None of the headphones in our showdown — the Klipsch Mode M40 ($350), the Logitech UE 6000 ($200) or the Monster Inspiration ANC ($300), the noise-canceling version of the regular, passive Inspiration model we reviewed last year — exhibits the powerful noise-canceling ability that can almost completely drown out noise, like that of the Bose QuietComfort 15. Nor do they sit on the next level down, with NC performance similar to, say, Audio Technica’s ATH-ANC7b (although one here comes close).

Rather, the NC in these cans works to sort of take the edge off lower-frequency sounds, and suppress background noise a little. Still, there’s one advantage to this approach: They all work with NC turned off.

It should be noted that all three sets have removable cables, and music/phone controls and microphones on at least one cable (they all come with multiple cables).

It’s apparent that a lot of thought went into making each of these ‘phones look good. I’ve had one person tell me the UE 6000s looked good perched on my noggin, and I was approached on two occassions by strangers liking the looks of the Inspirations while I was camped out at the local Starbucks.

The rounded, retro-futuristic style of the M40s make them look as if they were stolen from the prop department of a Philip K. Dick movie. They’re also the bulkiest of the three, and tend to impart a dork-effect when worn. The 6000s are tastefully simple-yet-classy, without any bold stylistic risks. The signature electric-blue accents, typical throughout UE’s entire new lineup, works pretty well here.

Unlike the other two, which look like they’re almost entirely made of plastic, the Inspirations incorporate swathes of brushed metal — making them look more elegant and better-built. Even the controls on the ribbon cable are metal. The Inspirations also have a unique feature: You can swap out the strip covering the outside of the headband for a different style. There are color and texture options, and even national flags, all of which are available from Monster for anywhere from $25-$40. 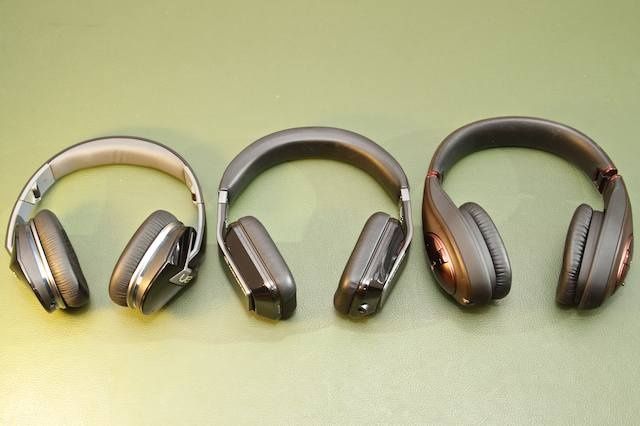 I liked the generous padding on the headband and square cups of the regular, non-NC Inspirations when I reviewed them last year; the NC version is identical, and just as comfortable. But the set does get a little irritating after a few hours of listening, as pressure points start to become noticeable.

The 6000s were just weird at first — they seemed way too loose on my head. There just isn’t a lot of clamping force between the earcups. But boy did I appreciate that light touch after a few hours of wearing them — no fatigue whatsoever. They also seem to have the plushest, thickest cup foam of the bunch. In fact, the 6000s are one of the most comfortable cans I’ve ever worn; I can’t think of a set I’ve found more comfy.

Contrast this with the M40s, on the other end of the spectrum. While the set was initially comfortable, after a few hours pressure from the tight headband had me imagining that perhaps its designers originally set out to fashion a nutcracker. Also, the headband has spartan padding and wasn’t the most comfortable.

None of these sets really wowed with sound quality. But what’s surprising here is that the UE 6000s are the least expensive of the bunch, yet they sounded the best — although that statement comes with a caveat, because under certain conditions the Monsters actually sounded best. I’ll explain.

Not surprisingly, with NC turned off, the NC Inspirations sound exactly like their non-NC cousin: somewhat balanced, leaning toward bass but with bright highs and clear mids. Good sounding cans that create a pleasant compromise between reference and rock-n-roll. Unfortunaltely, all this goes out the window with the NC switched on: bass gets boosted to a level that brutally overpowers the carefully crafted sound present while NC is off. I felt fatigue set in after a while with NC turned on, something that I didn’t feel with it off. What’s ironic is that Monster felt the need to enhance the Inpsiration’s NC with a bass boost to further overpower background noise — ironic, if that was their intention, because the Inspirations have the best NC of the bunch.

With Klipsch’s pedigree, and their higher price, I expected the M40s to sound somewhat better than they did. The sound was clear, but not bright, and squashed — as if all the instruments were crammed into a tight space, and you in there with them. On the other hand, bass hit the bullseye — deep, but unobtrusive. Still, the effect seemed somewhat clinical, perhaps because of the lack of brightness. It’s interesting to note that activating the NC on the M40s also increased bass, but with the opposite result to that of the Monsters. In this case, the sound was much better (and as described above) with the NC on. With it off, there was very little bass.

The 6000s made absolutely no pretentions about keeping things balanced. They’re tilted toward bass, and that’s that — but not in a boomy way, like the Inspirations, and with a much more open soundstage than the M40s. The middle was squashed, and the highs weren’t overly bright; but the sound had a creamy, expansive quality to it that made it easy to listen to, and I never felt a hint of ear fatigue, even through long sessions with them on.

Neither the 6000s nor the M40s really had a huge effect on background noise. I actually had to sit and listen very carefully, with no music playing, to notice the effect of the NC on the 6000s. It’s there, and it’ll dampen low-frequency noise a (very) little. Mostly, it gets rid of the “seashell” effect. And in case you were wondering about the looser earcups, they sealed noise out just fine — though soundleak out of the cups was the worst of the bunch. Does this level of NC make a difference? Yes, but not much. Certainly don’t expect it to do anything close to quieting a jet engine.

Noise canceling on the M40 was just about the same, perhaps a little better; helping here were the tight cups, which kept noise both from entering or exiting better than the other two.

The Inspirations are equipped with more powerful NC, and there was a marked lowering of noise with the NC swicthed on and no music playing — enough to squelch background conversations at Starbucks somewhat — good enough to be almost good enough for noisy travel. 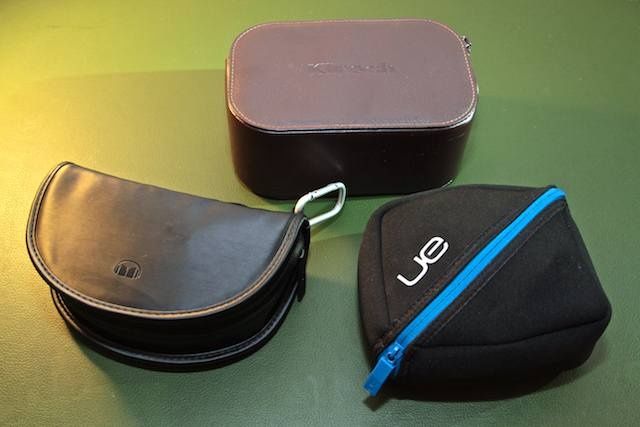 There’s no doubt that the Monsters win this one. The travel case looks cool and is superbly designed, the ‘phones come with three sets of cables (one with track and volume controls for iDevices, one with just track controls for Android and one without controls).

As one might expect of the least expensive model in this showdown, the 6000 doesn’t have much in the way of frills — just a neoprene case and an extra cable.

Klipsch bundles its M40 with two cases, both of which are puzzling. The leather case makes carrying the already-bulky M40s feel like lugging a suitcase, and the two-zip opening is annoying to use; the alternative is a thin cloth bag, which is n such disharmony with the M40s’ $350 pricetag, one wonders why they bothered to include it. Like the 6000, the M40 has an extra cable with no controls.

Bear in mind that cables with track and volume controls will work perfectly on Android devices — you just can’t use the volume part.

So there you have it — noise canceling that should really be termed “noise lessening.” Of the three, the Logitech UE 6000s are the most comfortable, sound almost as good as the Klipsch Mode M40s, and are a huge bargain compared to the other two. If you like overbearing bass, the Monster Inspiration ANCs are the clear winner; if not, don’t even look at them (or pop for the excellent non-NC version, which sells for $50 less). The Klipsch Mode M40 earns stars for sound, but disappoints almost everywhere else — and it’s the most expensive here. 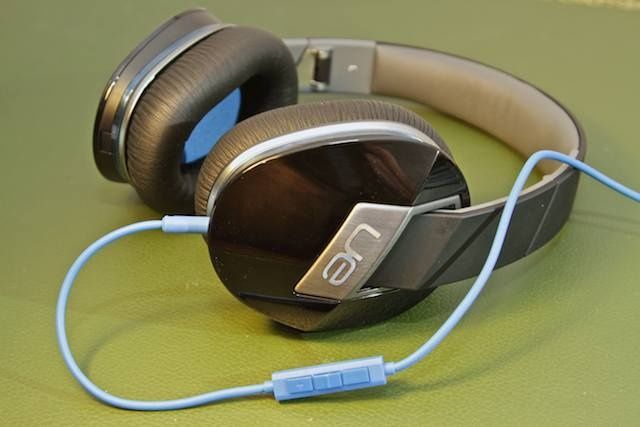 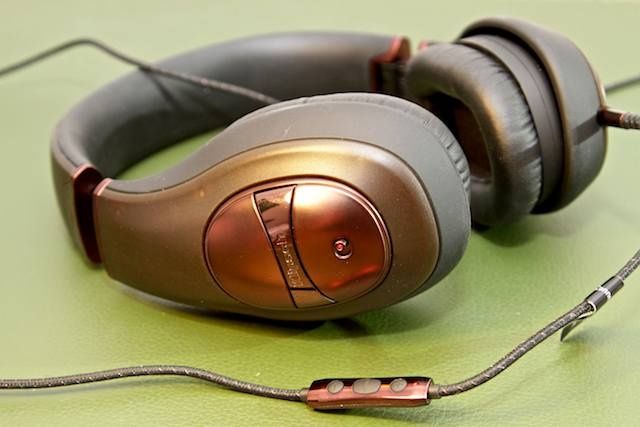 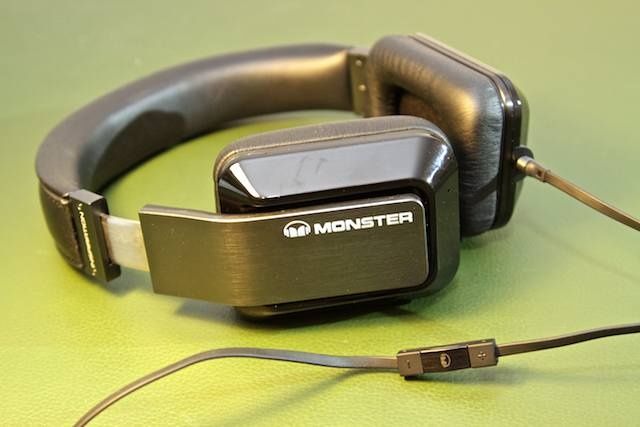 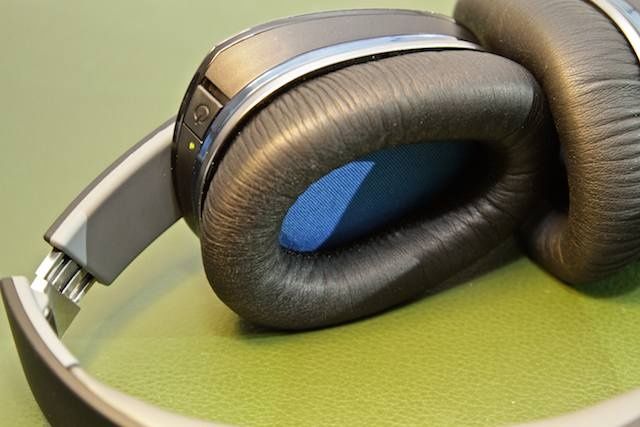 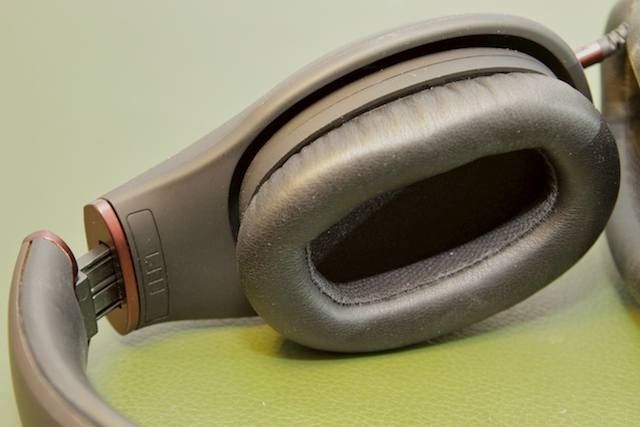 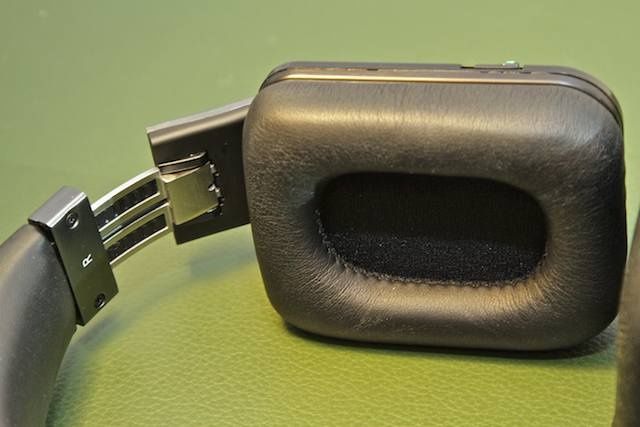 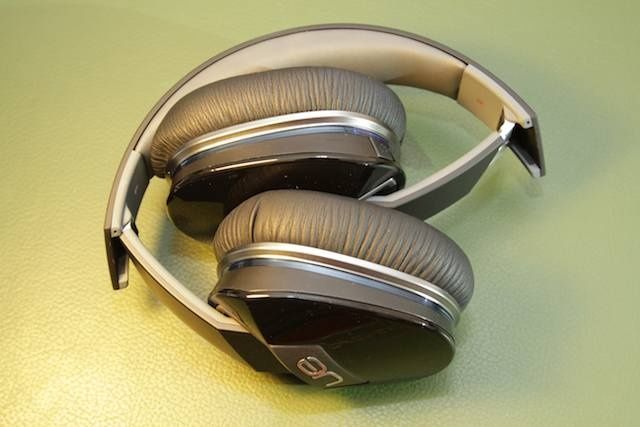 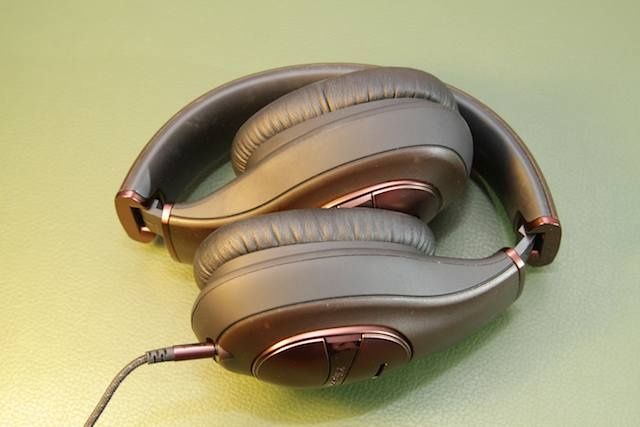 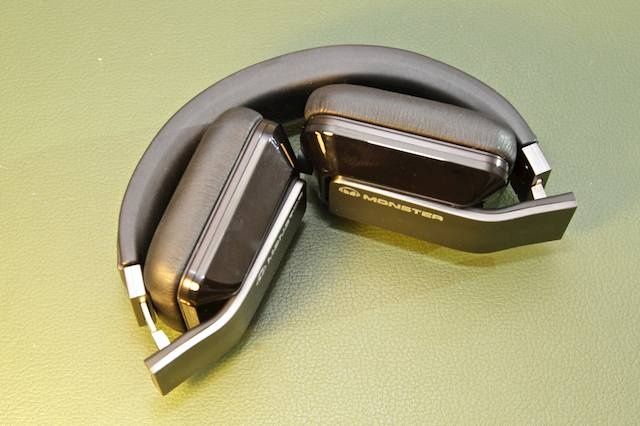