Speck’s CandyShell cases are available for Apple’s entire lineup of iOS devices, and the latest edition comes to the iPad mini. Consisting of a soft, rubbery interior and a hard outer shell, the CandyShell promises impact protection from everyday dings and drops — without adding too much weight to your device.

Its simple shell design makes the CandyShell one of the most basic cases in Speck’s lineup. It provides protection from almost every angle, and leaves access to all of your ports, buttons, and cameras. But there’s nothing too fancy here; there’s no front cover or fold-out stand or pockets for your credit cards.

It is available in a number of bright and pretty colors, however, including raspberry & cool grey, flamingo & fuchsia, and harbor & malachite. It’s price at $44.95, but is it worth it?

Like the rest of Speck’s CandyShell lineup, the iPad mini version is great at providing a decent level of protecting without getting in your way. Its basic design means you can slap it on your device and continue to use it just like you would a naked device — without contending with flappy covers. Only now you don’t have to worry about dropping it or scratching its svelte aluminum back.

The CandyShell’s dual-layer construction combines a soft rubber lining that offers great shock absorption with a hard outer shell that prevents the iPad mini’s body from getting damaged while it’s rolling around in your backpack. Its raised rubber bezel also offers some protection for your display, so you can put your iPad face down on your desk and nothing will come into contact with its display.

The build quality is terrific, too — as you’d expect from a company like Speck. It’s super strong and robust, even at the corners where the rubber lining meets the outer shell. The CandyShell will take years of abuse before it starts to wear thin, and just in case you do have any problems, there’s a one-year warranty to protect you.

The CandyShell protects the iPad mini’s volume keys, and its sleep/wake button with rubber covers. On some cases, this can mean the buttons become hard to press, but the CandyShell’s rubber is so soft and flexible that’s this isn’t an issue. 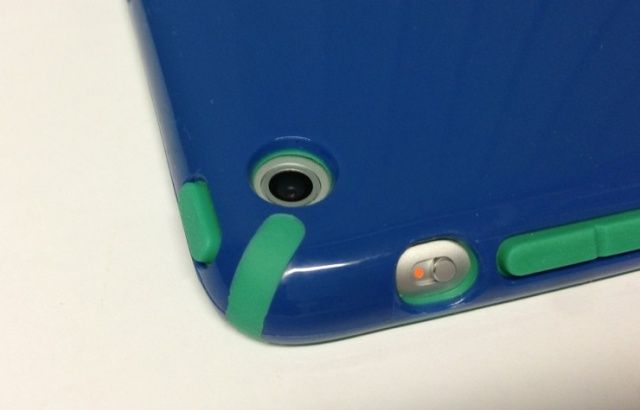 The case covers the iPad mini’s speakers, too, which is something I’m a big fan of. Those little holes seem to collect all kinds of dirt and grime after a while, and covering them up keeps them clean. But don’t worry — the CandyShell has tiny little holes of its own so you’ll still be able to hear the iPad’s sound.

As for your headphone jack, Lightning connector, and cameras, these are all left exposed so they’re incredibly easy to get to. Well, most of the time…

There’s only just enough room around the Lightning connector for Apple’s standard Lightning cable, or its Lightning to micro-USB adapter. If you want to use a Lightning to 30-pin adapter, or a third-party Lightning cable this isn’t as slim as Apple’s, you’re going to have trouble. You’ll need to pull your iPad mini out of the CandyShell first.

The other downside to the CandyShell is that it leaves your iPad’s display exposed. In some ways that’s good — as I’ve mentioned above — and it does have a raised rubber bezel. But it would be great if the CandyShell left room for a Smart Cover so that we have the best of both worlds.

The CandyShell’s outer also shell scratches very easily. After just a few days of placing it down on my desk and using it around the house, it was already covered in tiny little scratches. These aren’t too noticeable at first, but over time as they build up, they’ll become more apparent.

The final downside to the CandyShell is its price tag. At $44.95, it’s not cheap for such a simple case. It’s very well made and it utilizes premium materials, but even so, it’s still a little expensive — Speck’s FitFolio offers more for less. 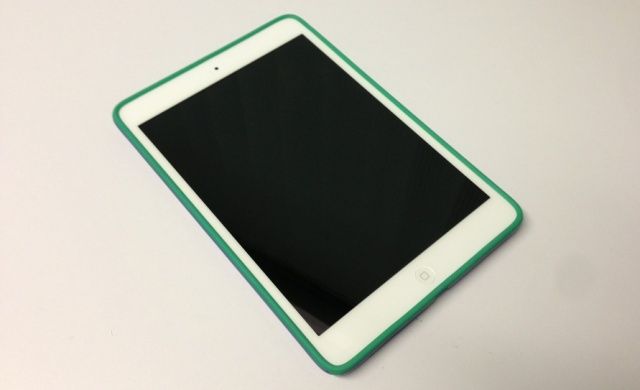 If you’re looking for a basic case for your iPad mini, and you want one that’ll last for as long as you’ve got your device, then the CandyShell is worth a look. It isn’t cheap, but its build quality is fantastic and it fits very well — and it’s from a company you can trust that provides a one-year warranty. You will find cheaper solutions, but you can almost guarantee they won’t last as long.