The iHook is back, folks, and it’s even better than it was the last time we told you about it. Unfortunately, it won’t open a beer for you, so that’s, um, out.

Recently re-upped at Kickstarter, the iHook Dual Edition will not only connect to your iPod Nano, making it an ideal way to mount the little square of joy, but it now allows you to connect an iPod Shuffle, too.

Once the iHook guys designed their neat little Nano mount system, Apple stopped making the tiny little iPod. Sad, but not defeated, the iHook team went back to the drawing board and designed a new iHook that would fit both the Nano 6G and the current Shuffle. How fun is that? 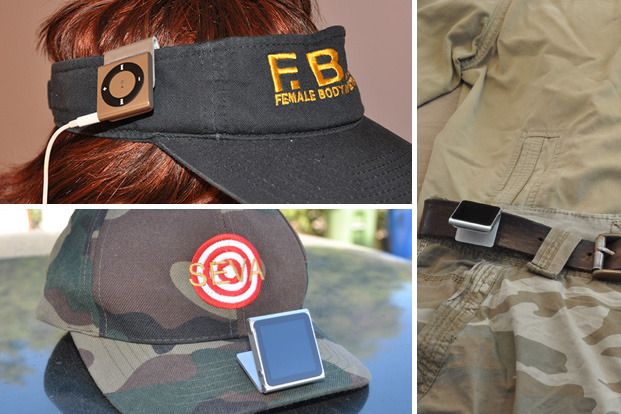 The California-based iHook team decided to redesign the project, as well. The iHook won’t be mass produced this time, and there will be no color anodizing. They’ll cut blanks with (frikkin’) lasers without the need for mass production tooling. The first 100 pledges, they say, will let them produce the iHook Dual Edition. That’s not too many, so be sure to be one of them. 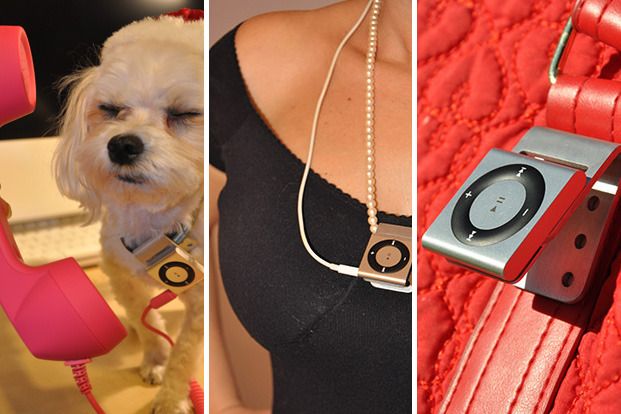 The concept of the original iHook was to provide a universal mounting system for the iPod Nano that made use of the clip on the back of the little device. The Nano connects to the iHook, which can then be mounted to almost anything with velcro, clue, zip ties, etc. You’ll definitely need more than one of these babies to have a ready-mount for your Nano or Shuffle as you move about the house. One for your stereo, one for your Mac, and one for your car, bike, or moped.

So, head over to the iHook Kickstarter page and pledge your support. The team is only looking for $3500 in the next 60 days to hit their funding goal. That’s pretty do-able, right? Full disclosure: I just pledged $25 for the 3 iHook pack, because man do I want a few of these bad boys. The iHook Dual Edition is set to ship out in May of 2013.