Got a “Universal” iPhone dock? Yeah, me too, and it’s pretty useless now most of my iDevices are Lightning powered. But Shapeways user nginear can help. He’s come up with an iPhone 5 adapter which will plug straight into your dock, letting you keep on using it for at least another year or so,. 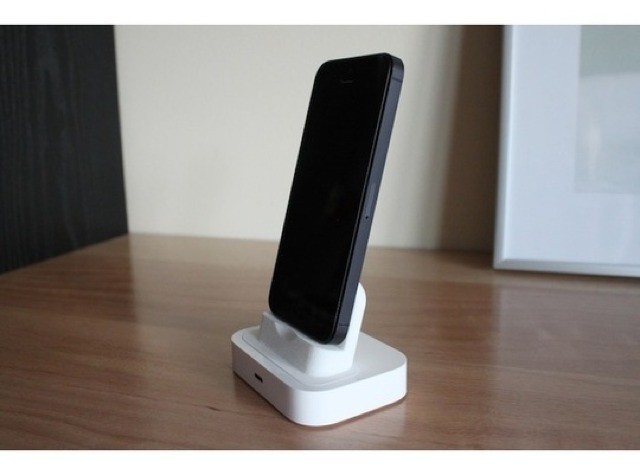 The 3D-printed adapter clips into the Universal Dock and provides space for the Lightning-to-30-pin adapter you should already own. There’s a back plate to support the iPhone, and a scalloped cut-out to make pressing the home button easier.

The rub is that it costs $40. Or $40.01, to be precise. That’s in addition to the $29 you’ll pay fopr the 30-pin adapter. At least you don’t have to buy the dock – if you don’t already have one, you should probably look for a proper Lightning dock.

Then again, this setup does allow you to use the Apple IR remote with the iPhone (or iPad mini) and hook it up to a stereo. That’s pretty neat.