Unu’s Ecopak is about as simple as an iPhone battery case can get. And as this also means that it is thin and light, and that it will work with not only the iPhone 5 but any gadget than charges via USB, that simplicity is perhaps its best feature.

The Ecopak consists of two parts. The thin, snap-on shell-style case, and the. Battery pack itself. Let’s take a look. 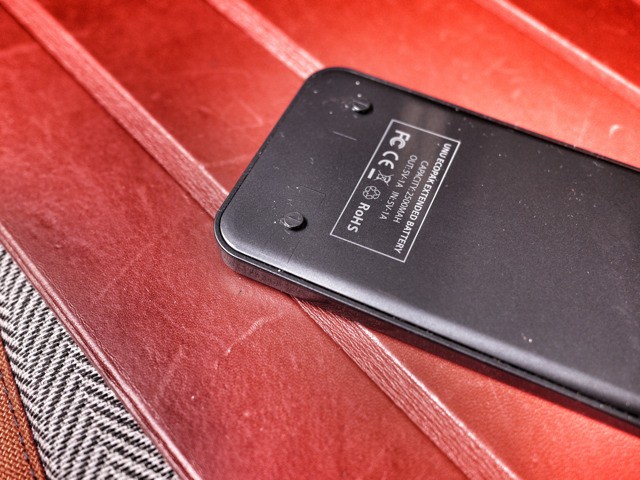 The battery pack is a simple slab containing 2500mAh of battery power, a full-sized USB port, a microUSB port, a row of LEDs and a tiny, easy-to-miss button. The pack has three tiny protruding nodules which clip into three matching holes on the back of the case, and the connection ‘twixt battery and phone is done using any of your existing Lightning cables. I favor a tiny Griffin travel microUSB cable with a microUSB-Lighting adapter, because it’s both short and can be used for other things.

The battery charges via USB (the little port) and gives up its energy through the big USB port. The LEDs indicate charge level, and are activated by pressing the tiny recessed button next to them. This button is so well integrated that it looks like flash leftover from the molding process, and it wasn’t until I met the Unu folks at CES that I found that it was even there.

Prior to that I’d just wondered why the LEDs would switch on seemingly at random. The case itself just slips onto the iPhone

The cases come in various colors, and – it seems – various materials. My favorite is the glossy white case, which is so slim and lightweight that you forget you’re using it. It’s slippery enough to slide into a tight jeans pocket, yet grips the fingers better than the naked iPhone’s body. It also provides some protection, especially on the delicate corners.

The only problem with the white case is its reluctance to come off. You’ll really need to go at it with a strong thumbnail to remove this case. The colored versions, with a soft-touch finish, are easier to remove, but rest assured – none of these will fall off accidentally. 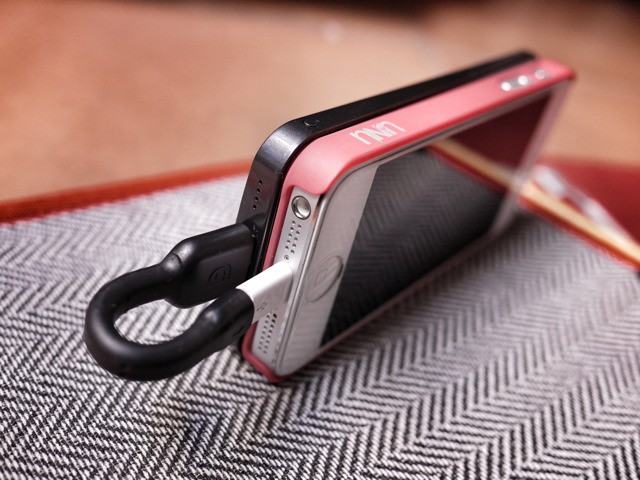 The battery clips firmly to the back and you then you just run the cable to the phone. The USB port is right next to the iPhone’s Lightning port, so you can use as short a cable as you can find. And if you choose to buy one of Unu’s iPad mini cases, you can piggyback the same battery on there, although obviously it won’t give a full charge.

The iPhone 5’s battery has a capacity of 1440mAh. The Ecopak has a capacity of 2,500 mAh, and experience shows that it works pretty much as you’d expect: you get a full charge and then some. Juicing it from an iPad charger doesn’t take long, either, and if you have a handy dual charger with your then you can do everything at once. 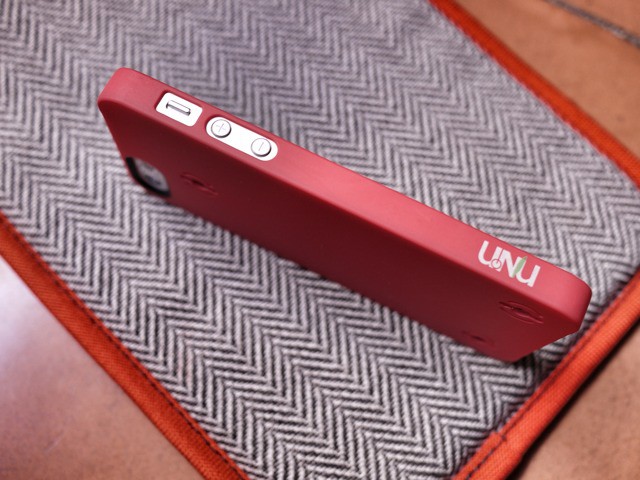 I like this pack a lot. I took it with me to CES, and left it in bag the whole time. It’s so light and slim that you could even keep it in a jacket pocket and not notice, and it provides enough power to actually be useful.

Some mightn’t like the fact that you need a separate cable, but I prefer it this way – I seldom ned to use the battery pack, so it can stay out of the way until I do. And then, with the battery clipped firmly to the case and a short cable plugged in, it isn’t too inconvenient, either. If you regularly find your iPhone dead before lunchtime, though, maybe a more permanent batter case would be better.

Con: Needs you to carry a cable.

A final note/tip: I use the battery pack whenever I use my iPhone to tether my Wi-Fi-only iPad mini. I figure that it’s better to cycle the Ecopak’s battery than the iPhone’s, as it’s both cheaper and easier to replace.