This is the Scandock, a $480 stand that turns your iPhone or Android handset into a better scanner. There are already some great scanner apps out there — here’s an iOS example, and here’s one for Android, both of which are around $5. The Scandock is almost a whopping 100 times more expensive, but claims improved results.

How? The stand incorporates four main features: a lighting system to distribute light evenly; a slightly angled, silicon bed for documents; a dock that accepts one of two trays — one for the iPhone 4, one for most other phones; and a calibration strip that gets imbedded in each scan, and is used by the special Scandock app to calibrate colors.

Using it also looks as if it’ll negate one of the best advantages of using a phone as a scanner, being able to stick it back in your pocket once you’re finished. The Scandock isn’t exactly pocketable.

The accompanying app is free though, and looks fantastic; lots of smart features. The iPhone version is already up at the App Store. 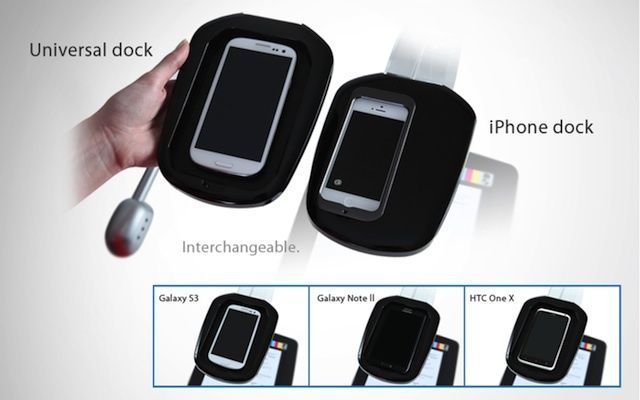