For the first time, we’re rolling our weekly must-have apps and games features into one to make them a little easier to digest. Kicking off this week’s roundup is an awesome new Ghostbusters game in which you’ll be freeing New York City from some creepy spooks and spirits. We also have a brand new video sharing app from Twitter called Vine, a great little app that’ll help you pack for your next trip, and more. Read on for this week’s best iOS releases.

There’s something strange in the neighborhood, and as a Ghostbuster, it’s up to you to get rid of it. New York City has called upon you and your elite squad to free it from an army of troublesome ghouls. You’ll have to take on floor after floor of a haunted tower, conquering the evil deity that has taken over.

Every ghost you eliminate earns you money and slime, which you can put towards research and equipment upgrades, enabling you to become stronger and more powerful as you progress through the game. You’ll also need to take on new Ghostbusters to expand your team, and perform all kinds of experiments on the ghosts in your containment unit to discover the secrets to beating them.

Ghostbusters is a free to play title, and you don’t need to spend a penny to have a lot of fun with it. If you choose to, however, you can unlock additional content with in-app purchases. 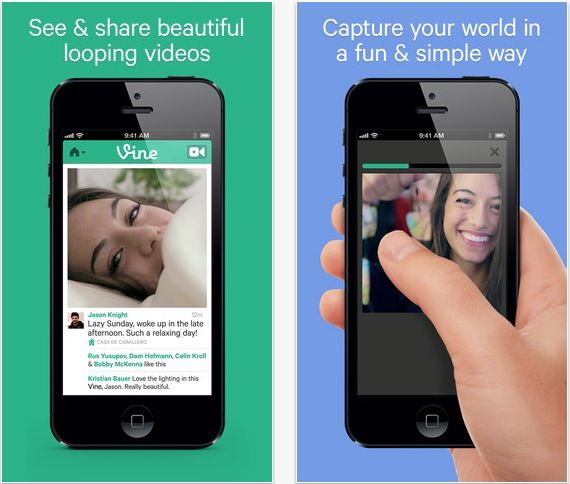 Vine is a great new video sharing app from a team that was acquired by Twitter back in October 2012. It promises to be “the best way to see and share life in motion.” You create short, beautiful, looping videos of anything that interests you and then share them with your friends and family via Facebook, Twitter, and Verse.

Creating videos is incredibly simple — just point your iPhone at your target and then hold your finger on its display to record. If you lift your finger, recording pauses, and allows you to switch your subject to something else. So you can create clips that include either one subject, or a number of subjects thrown together.

You can create an unlimited number of videos absolutely free of charge, then instantly upload them to a social network of your choosing. Vine says other sharing options will be added in the future. You can also find, follow, and interect with friends on Vine, and explore popular posts, featured hashtafs, and editor’s picks.

Tonido, a new service from CodeLathe, is a great way to access the music, movies, photos, and documents you have stored on your Mac or PC using your iOS device. Unlike cloud-based storage services, which require you to upload your content just to download it again, Tonido turns your computer into your storage locker and then provides other devices with direct access to it.

It’s easy to set up, and you sync up to 2GB of data without paying a penny.

Getting started with Tonido is as simple as installing an application on the Mac or PC that you’d like to access remotely. Once you’ve done that, you get an “easy to remember” URL that provides direct access to that computer. And of course, there are a whole host of advantages that come with access like this.

For example, you can access important documents you’ve saved at home from your PC at work. So that report you finished off late last night, which you then forgot to email to yourself, is accessible from the office. Even better than that — at least for me — is the ability to access all your music, movies, and photos from your smartphone or tablet. So you no longer have to worry about fitting all of your favorite shows on your iPad’s 16GB of internal storage — just keep them on your computer and then access them remotely. 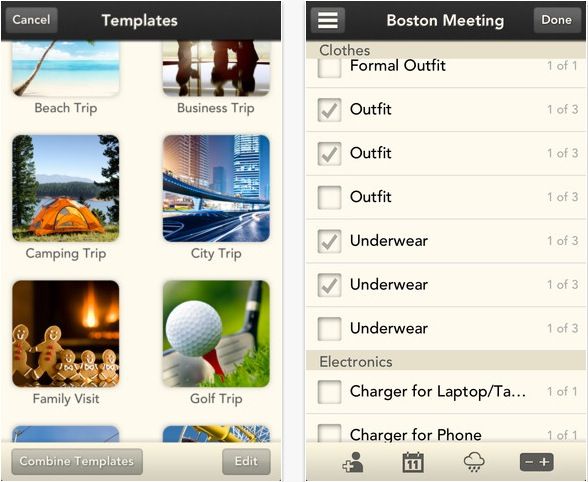 Stow describes itself as a “modern packing list,” and it’s a great way to ensure you don’t forget anything you need for your next trip. Stow doesn’t just allow you to create lists of things you need for travelling; it actually comes with a number of templates for different things — such as a beach trip, a business trip, a camping trip, and even a golf trip.

The templates provide you with a list of items that are typical for each scenario, and you can then go ahead and delete any items you won’t need, or add items that aren’t included by default. You can also create your own templates from scratch.

The great thing about Stow is that its lists are “intelligent,” and that can auto adjust to your trip dates and the people you’re packing for. It’ll even make suggestions based on what the weather’s going to be like where you’re going.

After you’ve created your lists in Stow, you can email them to friends and family, or print out a hard copy for those who don’t have an iOS device.

Ah, Might & Magic finally comes to iOS, and boy was it worth the wait. Clash of Heroes, the award-winning RPG that first made its debut in December 2009, has been optimized and improved for iOS. You can now live the epic adventure of five young heroes leading their armies to save the world of Might & Magic in your palm.

There’s a massive 20-hour campaign to enjoy, featuring impressive graphics that look incredible on Retina display devices. You can master 10 heroes, 40 creatures each with unique abilities, and more than 50 artifacts. You can even challenge your friends online or offline in 1 vs. 1 or with the brand new asynchronous mode.

You’ll need to master unique combat mechanics to create offensive and defensive unit formations that are capable of leading you to victory, by defeating enemy units and bosses. You’ll also need to solve puzzle battles by finding different combinations with a limited number of turns.

If you were a fan of the original Clash of Heroes, you’ll love this version.