Journey through Nevada’s Valley of Fire in spectacular ‘Shot on iPhone’ video
Best wireless chargers for your iPhone, AirPods and Apple Watch too
Is this the bold new look for iOS 14? [Cult of Mac Magazine 337]
Turn your Mac into a media powerhouse with these apps [Deals]
Today in Apple history: Hippie-themed iMacs fuel Cupertino flashback
Save big on iPad, Mac mini and more [Deals & Steals]
How to use Apple Maps public transit directions
How to replace Apple’s Music app with something better
Low-end AirPods rumor gains traction yet remains ‘lite’ on credible details
New iPads Pros, new AirPods and AirTags are incoming! We discuss, on The CultCast

If you’ve ever wished you could stream audio wirelessly to your car or home stereo, Blue Ant’s Ribbon ($69) might be just the gadget for you. Ribbon, tiny as it is, adds Bluetooth streaming to any set of headphones or any device with an auxiliary input. But, as you might’ve surmised from its unique shape, its abilities don’t stop there.

With an aux-out port that streams audio to any set of headphones, many home stereos, and even some car head units, Blue Ant’s Ribbon is one versatile little gadget. Once connected to your iPhone, iPad, or iPod via Bluetooth, it can stream your iDevice’s audio to anything with an aux-in port. Said a different way, that means the Ribbon allows you to wirelessly stream music to many of the devices you use in every day life. 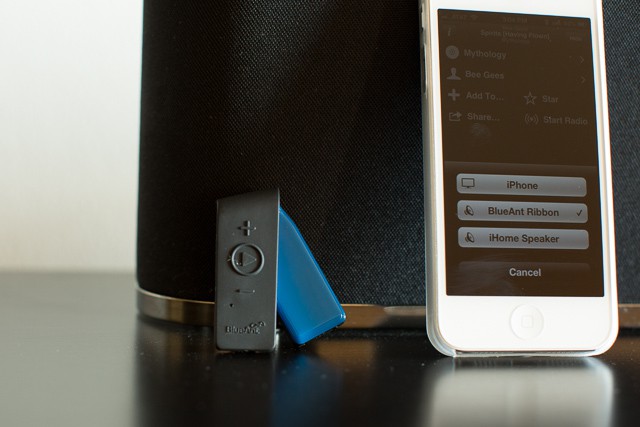 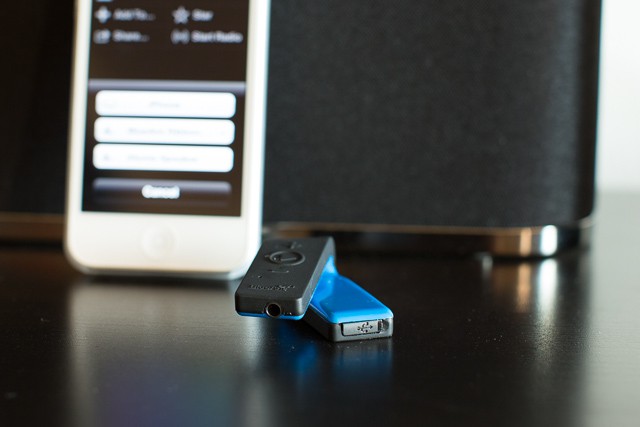 Ribbon’s unique shape also a useful trick; it can easily be clipped on to shirts, bags, or other clothing, so you can keep its music controls close at hand. 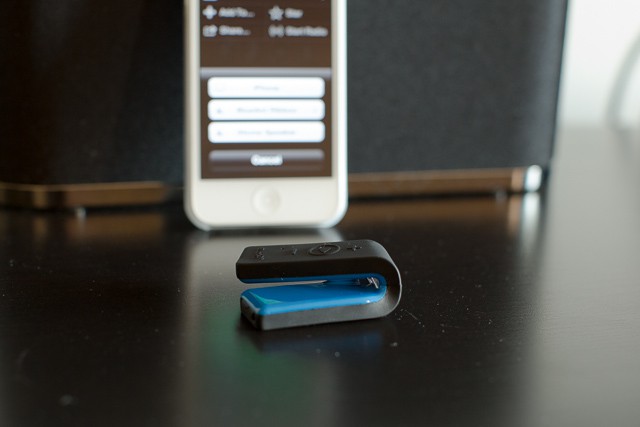 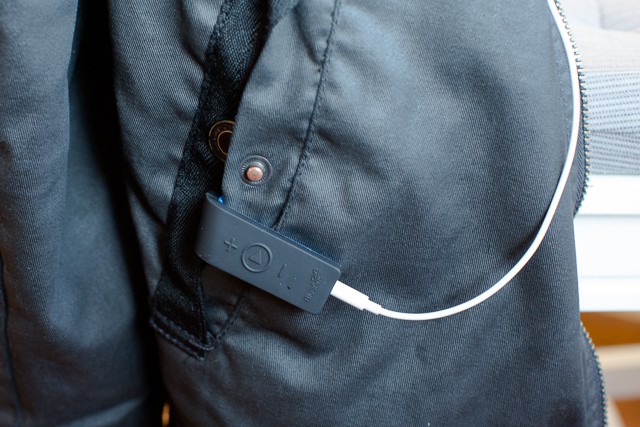 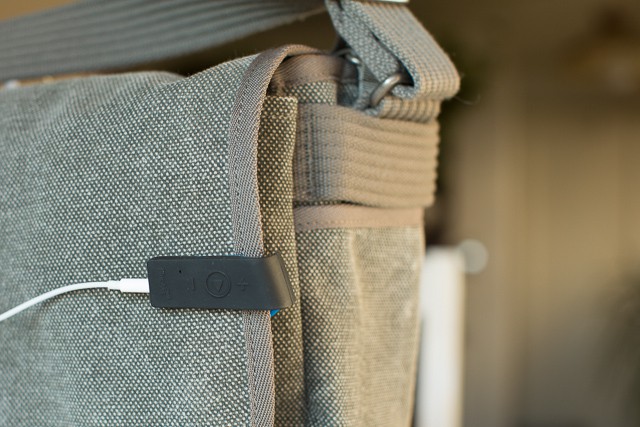 The play button also starts and stops songs, of course, and the volume buttons, besides controlling sound levels, also function as forward and back when you want to control music.

You probably also noticed Ribbon’s rubbery topside. That’s intentional. Blue Ant says the Ribbon is water and sweat resistant, so it can be safely be used by runners and those mildly-damp folks who want to have it clipped on while they exercise.

Beyond its musical talents, phone calls can also be taken and controlled using the Ribbon. The play button picks up and ends calls, and the Ribbon’s built-in mic delivers your audio to the listener.

And finally, though your iPhone’s Earpods sound better, Ribbon does come with headphones. They’re the short-corded kind, like the ones included with Apple’s iPod Shuffle, but are useful when you have the Ribbon clipped high on your shirt and don’t want a big tangle of white cord hanging down your torso.

So you want to skip five songs forward in one of your playlists? That’s going to take you 10 seconds using the Ribbon’s volume buttons. That’s because a simple press of the volume controls sound, but skipping tracks means holding down the button for a full two seconds. Two seconds! Ain’t nobody got time for that. It basically renders Ribbon’s musical controls useless, in my opinion. I would instead have loved to see independent buttons for controlling, skipping, and rewinding. Makes sense for a device that streams music, right?

I also didn’t experience great audio when using Ribbon to make calls. Or I should say, my callers didn’t. The Ribbon’s mic works ok, but my callers could definitely tell I wasn’t talking directly into my iPhone. Placing the Ribbon higher on my shirt (and closer to my mouth) did help, but callers still said my audio sounded less than great.

Connect Blue Ant’s Ribbon to any stereo or headphones you own, and poof! That device is instantly available for Bluetooth streaming on your iPhone, iPad, or iPod. Pretty handy, right? I think so, and it’s a brilliant way to add wireless accessibility to the speakers in your life that would otherwise need wires to do their duties. 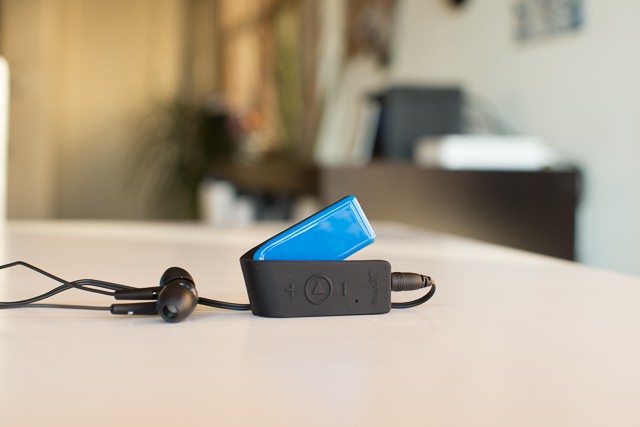